The Indian badminton teams were off to a winning start at the Thomas and Uber Cup 2022. 🏸

While the men blanked 🇩🇪 5-0, the women recorded a 4-1 win over 🇨🇦 in their opening group stage tie.

World Championship Bronze medallist Lakshya Sen & Kidambi Srikanth gave India a 5-0 lead in the Thomas Cup tie against Germany. All the players in men’s doubles and singles won their respective matches on Day 1.

Coming to the Uber Cup, PV Sindhu leads a depleted Indian team that misses the services of the experienced Saina Nehwal as well as the men’s doubles pair Ashwini Ponnappa and Sikki Reddy, who withdrew from the tournament due to an injury to the latter. Gayatri Gopichand too misses out after nursing  hip injury.

World No.7 PV Sindhu had to make a light work in the first women’s singles as she defeated  Michelle Li 21-17, 21-10 in straight sets in just 33 minutes. Sindhu dominated the game throughout as she raced to a 5-2 lead at the start of the first set. Though Li tried to make a comeback, Sindhu maintained her lead with the score at 11-9 by the mid set break. The Canadian managed to level the scores 16-16, but Sindhu won four straight points and then closed out the set 21-17.

In the second set, Sindhu never allowed the Canadian to settle as she raced to a 11-6 lead by the break. She coninued her good show as she won 21-10 to extended her unbeaten record against Li. 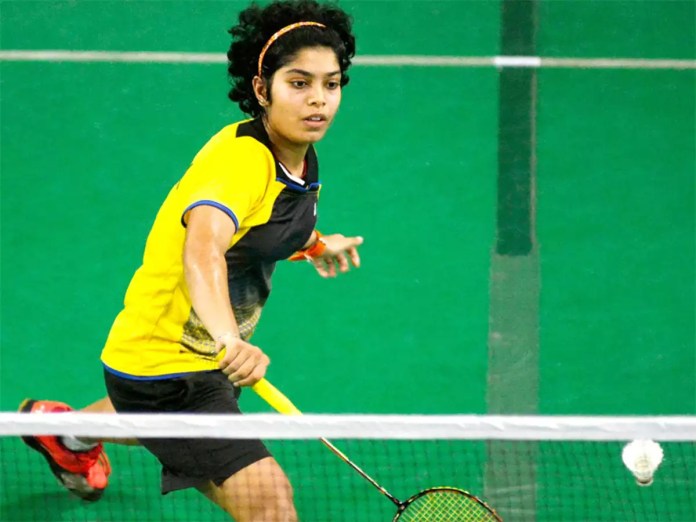 In the second set, Zhang continued to dominate as she lead 11-7. When it looked like the Canadian was trying to win the game in straight sets. Kashyap fought back valiantly as she took a slender 14-13 lead. From then on, she challenged her opponent with an array of cross-court shots to win the set 21-18.

In the third set, Kashyap continued her momentum as she managed to take a slender two-point lead by the mid-set break. Despite a stiff challenge from the Canadian, Kashyap managed to hold on her lead and had five match points. She closed out the game with a 21-17 victory in the final set. 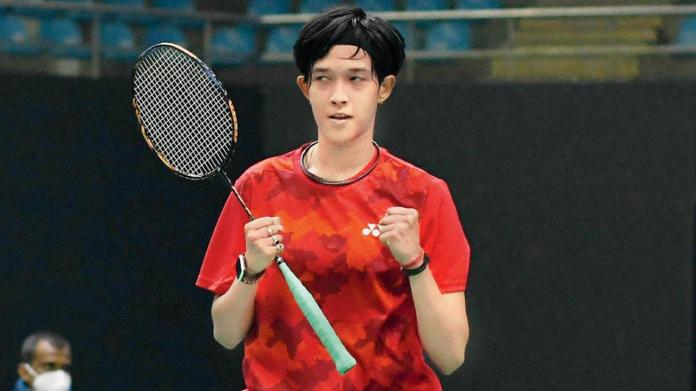 64th ranked Ashmitha Chaliha was completely dominated by Rachel Chan in the first set as she faced a 21-12 defeat. However, the 23-year old showed exceptional fightback as she started dominating from the second set. Despite a stiff challenge from

in the third singles. Chaliha reached the semifinals at Odisha Open this year and also made it to the quarterfinals at Indian Open. She is looking to get back to form and against 86th ranked Rachel Chan. Chan started the year by reaching the quarterfinals of Polish Open. She also made another quarterfinal appearance at Mexican International Challenge. However, she will face a big challenge from the Indian in the upcoming contest.

Meanwhile, India’s second doubles pair Treesa Jolly and Tanisha Crasto paired up together for the first time and they won in straight sets against  54th ranked Catherine Choi and Josephine Wu. The only loss for India on the day came with  It will be interesting to see how the pair perform together. In the doubles Canada will be the favourites.

HS Prannoy, ranked 23rd in the world, then hardly broke a sweat as he completed a 5-0 whitewash of Germany, with a 21-9 21-9 win over Matthias Kicklitz.

The doubles pair of Satwiksairaj Rankireddy and Chirag Shetty had to dig deep as they were stretched to a three gamer by Jones Ralfy Jansen and Marvin Seidel. But the Indians managed to prevail 21-15 10-21 21-13 in the match lasting close to an hour.

Reliance Viacom’s new sports channel Sports 18 will be the official broadcasters of Thomas & Uber Cup 2022. Fans in India can also watch the tournament LIVE on Voot Select. The LIVE streaming is also expected to be available on BWF’s official YouTube Channel, BWF TV.