T20 World Cup 2024: Oakland Coliseum emerges as potential venue for T20 World Cup 2024 as US & West Indies set to host MEGA Event– Oakland Coliseum, the home of Major League Baseball (MLB) team Oakland Athletics and formerly to National Football League (NFL) team Oakland Raiders has emerged as a potential venue for the Men’s T20 World Cup in 2024, which will be co-hosted by West Indies and the United States. Follow more Updates with InsideSport.IN

As per ESPNCricinfo, ICC CEO Geoff Allardice and development head Will Glenwright recently had a meeting with USA Cricket officials in California where the idea gained traction.

The stadium, opened in 1966 lacks many luxurious amenities found in modern outdoor American stadiums, but it has two features that attract cricket administrators. First is the location in the East Bay of northern California just north of the Silicon Valley. 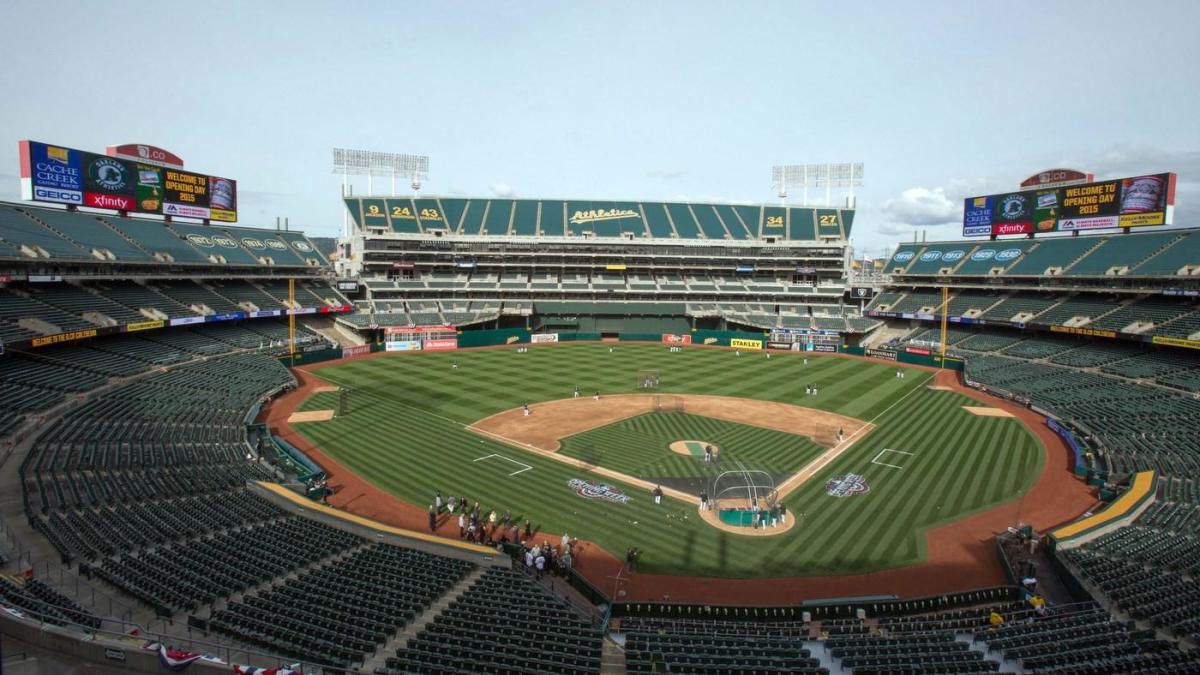 This location is home to a flourishing local grassroots cricket scene and a deep-pocketed expatriate fan base of the sport that administrators want to appeal.

Also, another attractive feature of the stadium is the capacity. It can hold up to 53,000 fans, more than twice as any currently available purpose-built cricket venues in the United States.

These include venues that are being considered for T20 World Cup matches, such as Church Street Park in Morrisville, North Carolina, which is slated to undergo expansion to hold approximately 4,000 fans and two ODI venues in Lauderhill, Florida and Houston suburb of Pearland, Texas.

Other venues without any ODI status but could be in consideration are Prairie View Cricket Complex located in suburban Houston – and AirHogs Stadium just outside of Dallas.

However, several logistic hurdles need to be overcome in order to have Oakland Coliseum hold matches. Its location in Pacific Time Zone means that it would be unlikely to host an India-Pakistan tie because an 8 PM start-time on TV in India would mean a 7:30 AM start in California.

But venue could be ideal for a late-game during a double header or a triple-header day, which could feature another huge match like England-Australia to suit UK primetime.

Another issue is the June slot for the cricketing event, which will fall right in the middle of the baseball season. This would mean that the venue’s availability would depend on the Athletics and MLB agreeing to schedule a 10-14 day road trip for the former around that time to let cricket officials ready it for the T20 World Cup, including installation of a drop-in pitch. This timeline would allow no more than two to three matches at the venue.

This would not be the first time that a baseball stadium is utilised to host a high-profile event in Cricket. The Cricket All-Stars T20 Exhibition tour headlined by legends Sachin Tendulkar and Shane Warne was played at New York’s Citi Field, the home of New York Mets baseball team where drop-in pitches were utilised, Houston’s Minute Maid Park, the home of Houston Astros and the Dodger Stadium in Los Angeles.

These venues were chosen to lure fans to venues having seating capacity that far exceeded those at cricket-specific venues like Lauderhill. All three aforementioned venues are purpose-built for baseball with limited foul area territory and seats close to the field, which meant some extremely short boundaries square of the pitch.

Oakland Coliseum has the largest foul territory in MLB with the closest seats scaled back a considerable distance from the field. For cricket, this means that square boundaries would be right on the borderline of satisfying the ICC’s minimum boundary dimensions of 55 meters.

If a thorough inspection determines that the boundaries are just short of the ICC’s minimum dimensions, officials may appeal for an exemption just like Auckland’s Eden Park for a one-of-a-kind opportunity to host an unprecedented number of fans for a match in America.

To demonstrate the viability of the venue, local administrators are exploring the idea of potentially hosting exhibition matches before 2023-end. If such exhibition matches happen, they would most likely be held in the October-November window following the conclusion of the baseball season. No firm plans have been made for this at this stage though.