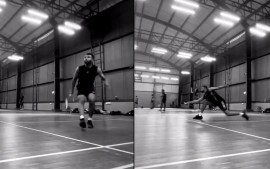 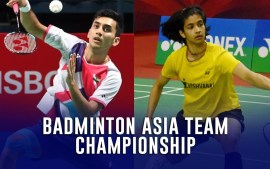 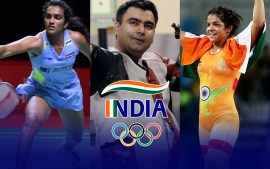 Singapore Open Badminton LIVE –  Saina Nehwal beat He Bing Jiao: India’s Saina Nehwal clinched an upset victory over fifth seed He Bing Jiao in the second round of the Singapore Open on Thursday. The Indian has won the match 21-19, 11-21, 21-17 to reach the quarterfinals.  Earlier in the day, India’s ace shuttler PV Sindhu came from behind to defeat Nguyen LINH of Vietnam 19-21, 21-19, 21-18 in three games to advance to quarterfinals. HS Prannoy too came from behind to clinch a terrific victory over World No.4 Chou Tien Chen. Follow Singapore Open LIVE updates on InsideSport.IN

In another battle for Quarterfinal spot, young Mithun Manjunath is knocked out by Nhat Nguyen of Ireland in tough 3 setter. Manjunath lost 10-21, 21-18, 16-21. Ashmitha Chaliha too lost to Han Yue in straight games in the second round:

In another battle for Quarterfinal spot, young Mithun Manjunath was knocked out by Nhat Nguyen of Ireland in tough 3 setter. The youngster got better of Kidambi Srikanth on Wednesday but looked off-color in the Last 16 match today. He was completely dominated in the first game by Nguyen and the Irish won the first set 21-10.

In the second game, Manjunath found his groove as he began dominating the second game. He led during the second set interval with the score at 11-8. He continued to maintain his lead in the game and never allowed his opponent to make a comeback. He won the second game 21-18 and took the match into the decider. In the third game, Nguyen made a comeback and he won it 21-16 as Mithun Manjunath’s campaign came to an end.

For the second successive week, India’s HS Prannoy got the better of World No.4 Chou Tien Chen as he won the second round encounter 14-21, 22-20, 21-18. With the victory, he has now advanced to the quarterfinal.

In the first game, Prannoy was totally on the backfoot as Chou Tien Chen dominated the entire game and won it 21-14. In the second game too, Prannoy struggled to got hold of the game as he entered the break trailing behind by three points as the score read 8-11. Indian shuttler however made a comeback after fighting hard and managed to win the game 22-20 and took the match into decider.

In the decider too Prannoy was on the back foot until the interval as he trailed by five points. Like in the second set, he then fought back brilliantly and won the GAME 3 by 21-18. Prannoy will now play Kodai NARAOKA of Japan who shocked 5th seed Jonathan Christie. 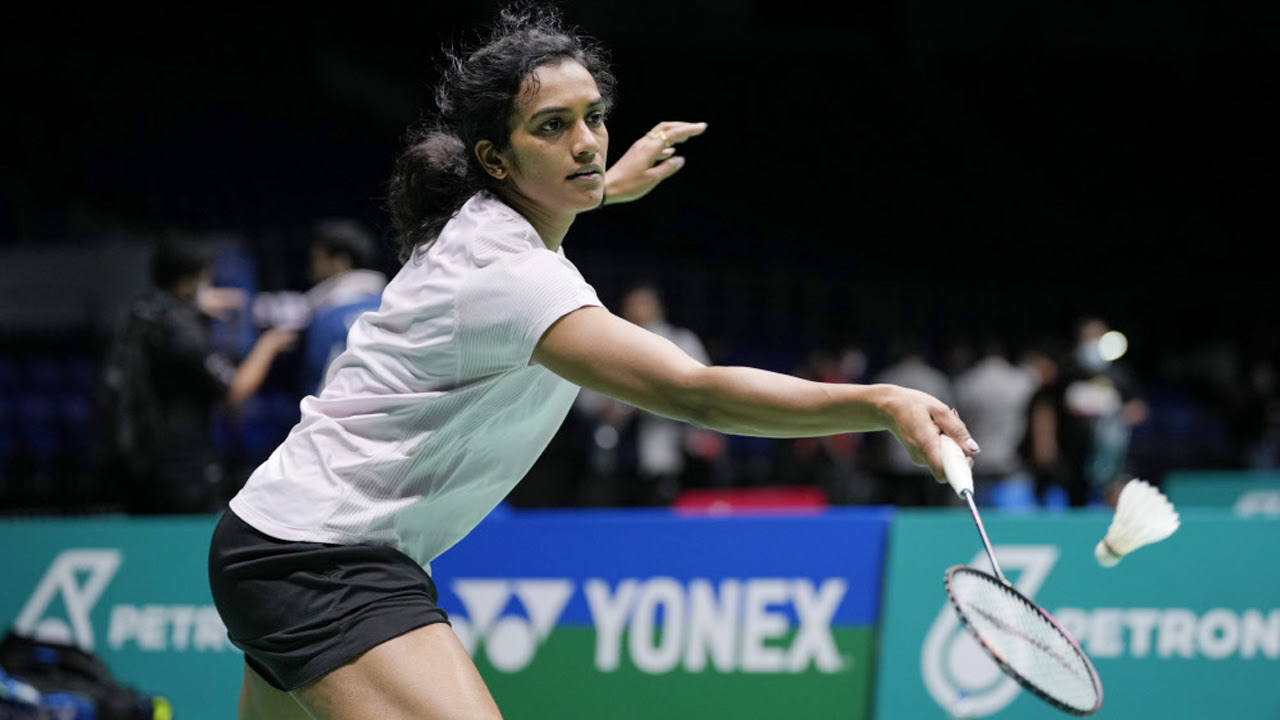 Sindhu got off a bad start, losing the first game closely. The Indian however kept her calm in the next two games and won them. The match was an extremely close-contested one and lasted one hour, six minutes. Sindhu had reached the second round after defeating Belgium’s Lianne Tan by 21-15, 21-11.

Chaliha lost the GAME 1 by 21-9. The young 19 year old Indian did little better in the 2nd but inexperience at this level clearly showed. Chaliha finally lost 9-21, 13-21

Saina Nehwal vs He Bing Jiao

The game started off with both the players involved in an intense neck-to-neck battle. Despite a great fight shown by the Chinese fifth seed, Saina Nehwal managed to enter the interval with a one-point lead. After the interval, Saina began to take the upper-hand as she got five points on the trot and took a 15-10 lead. From then on, she won the first game 21-19.

In the second game, Bing Jiao made a good comeback and dominated the proceedings. She entered the break with a 11-6 lead and went on to win the game 21-11 to take the match into the deciding third game. In the third game of the match, Saina yet again came back and started to dominate. She entered the interval with a big 11-5 lead. From then on, Bing Jiao tried hard to make a comeback into the contest. But Saina maintained her lead and she won the game 21-17 to defeat the fifth seed and enter the quarterfinal.

In the Men’s Doubles, India’s Dhruv Kapila and MR Arjun clinched an upset victory over Malaysia’s sixth seeded pair Goh Sze Fei and Nur Izzuddin in the second round. After losing the first game 18-21, The Indian duo came back strongly in the second game and managed to win it with a hard-fought 24-22 to take the match into the decider. In the deciding third set too, the Indian duo dominated the proceedings and won it 21-18 to book a spot in the quarterfinals.

In the Women’s Doubles, Pooja Dandu and Arathi Sunil, who received a walover in the first round will be up against sixth seeded Cginese duo Du Yue and Li Wenmei.

Meanwhile, Mixed Doubles pair of Nithin HV and Poorvisha Ram will face Mark Lamfuss and Isabel Lohau in the second round. 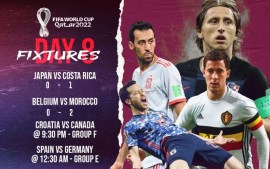