Giorgio Chiellini led Juventus out for the last time at the Allianz Stadium with the captain’s armband proudly on his arm, beside his long-term defensive sidekick for club and country, Leonardo Bonucci. Also, in the starting line-up this season’s vice-captain Paulo Dybala, who supported Dusan Vlahovic in the attack.

It took only 10 minutes for Vlahovic to leave his mark against Lazio. On 17 minutes, Giorgio Chiellini walked off the playing surface of the Allianz Stadium for the last time.

Before being replaced by Matthijs De Ligt, the captain was embraced by every Juventus player, also those from Lazio stepped forward to congratulate the legend, as he made his way to the touchline and take a lap of honour around the ground as the first half played on. 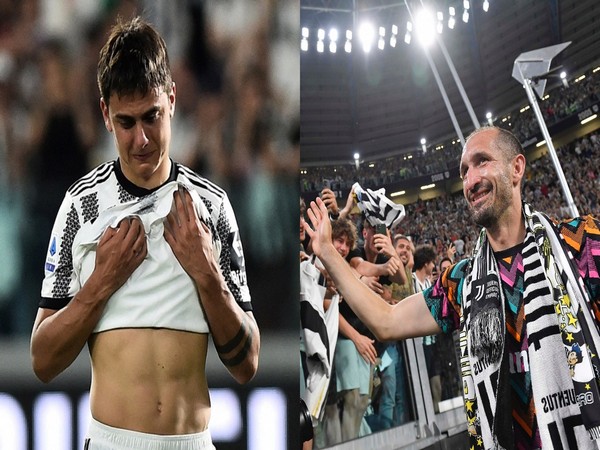 Alvaro Morata then scored the second goal for the Serie A giants before half-time.
Lazio found themselves back in the contest after the restart from a corner. Patric won a header which was turned into his own net by Alex Sandro. Pedro and Mattia Zacagni came close to equalising before a Francesco Acerbi flick-on was well saved by Perin.

At 77 minutes, after seven seasons for the Bianconeri, Paulo Dybala waved the Allianz Stadium goodbye. As the number 10 was still making his way around the ground with his lap of honour, Lazio found the equaliser they had been pressing for in the second half with the last kick off the game through Sergey Milinkovic-Savic.

Attention, however, had already turned to the after-match celebrations, the farewell of Giorgio Chiellini, the captain after 17 seasons, and Paulo Dybala, the vice-captain after seven.

Trophies, success and tears were shared throughout their time together and their final minutes on the pitch as the fans and teammates gathered at the Allianz Stadium for the final send-off.

FNCS Chapter 3 Season 3: Fortnite map changes that gamers should watch out for

FNCS Chapter 3 Season 3: Fortnite map changes that gamers should watch out for