Congrats Kerala on winning the Santosh Trophy. After @KeralaBlasters lost the @IndSuperLeague final on penalties in March, Kerala corner glory from 12 yards in the national championship final. It was a victory for the passionate fans of Malappuram as well. #Adipoli#Football

Bengal midfielder Sajal Bag’s miss in the second round of spot kicks proved to be the difference between the two sides as it was hosts Kerala who repeated the 2017-18 success winning 5-4 on penalties after there was nothing to separate the two teams in 120 minutes of football. This is the seventh time that Kerala have lifted the Santosh Trophy title.

After a goalless 90 minutes where Bino George’s Kerala looked shaky and Bengal created the better of chances, Dilip Orawn headed home the opener from a Supriya Pandit cross in the sixth minute of extra time. Bengal were three minutes away from a record-extending 33rd national football championship title and it looked like all was lost for Kerala, but Mohammed Safnad sent the home crowd into a frenzy scoring the equaliser and forcing the penalty shootout.

Bengal coach Ranjan Bhattacharjee had on the eve of the final opined that the pressure will all be on the hosts to perform in front of their passionate supporters. And it indeed proved to be the case as an uncharacteristic Kerala looked shaky in the first half. Kerala markers failed to pick up Nabi Hussain Khan during a corner in the fifth minute, but the Bengal defender’s header missed the goal by inches. In the 23rd minute, Mahitosh Roy, again unmarked in the middle of the box, failed to make proper connection to a Dilip Orawn cross.

With Bengal on the ascendancy, Kerala were forced to sit back and defend for the lion’s share of the first half. And their biggest chance of the half unsurprisingly came from a quick break as Viknesh M failed to work Bengal goalkeeper Priyant Kumar Singh after he was played through on goal in the 33rd minute. Priyant was once again called into action the next minute as he had to palm away Sanju G’s miscued cross.

Bengal ended the half strongly too as Mahitosh forced a brilliant save out of Kerala custodian Midhun V in the 37th minute before Fardin Ali Molla failed to meet a cross from Khan in the first-half added time. Kerala were far more composed in the second half. Bengal defender Khan gave away possession to Jijo Joseph in his own half and though the Kerala skipper beat the opposition keeper, he saw his shot roll wide in the 58th minute.

Six minutes later, substitute Jesin TK fired wide after getting into a promising position playing a one-two with Jijo. At the other end, Fardin missed a header from close range after being found by a cross from Supriya Pandit in the 77th minute. The regulation time ended with Kerala’s Shighil NS messing up a couple of big chances.

In the first minute of the second-half injury time, Jijo found the young midfielder in space inside the box, but Priyant collected the shot with ease. Extra time was enforced, but not before Shighil ballooned his shot from close range just before the referee’s whistle. 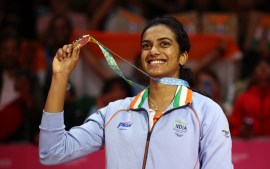