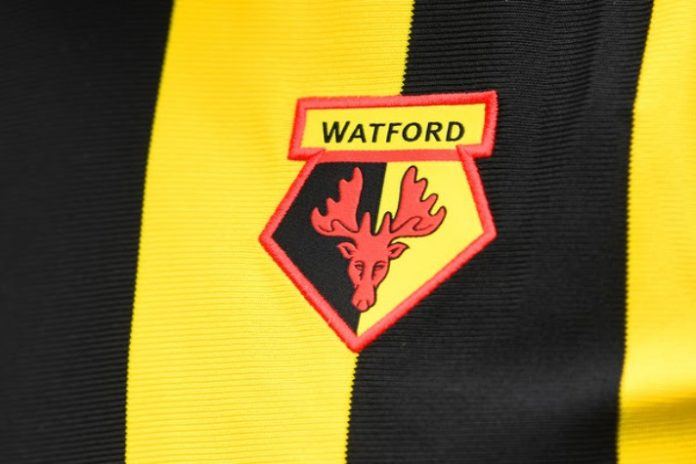 Watford chairman Scott Duxbury says at least six of the 20 English Premier League clubs are concerned about the plan to use neutral stadiums to finish the season.
Duxbury says “there is no altruism in the Premier League” and that “there are 20 different vested interests, which sometimes align but more often than not work purely to protect each individual club.”
Ahead of Monday’s crunch meeting of topflight clubs, the Hornets have joined Brighton and Aston Villa in making clear their opposition to the current “Project Restart” plans.
With nine rounds left, Watford is 17th in the league and looking to fight off relegation amid a challenging backdrop brought on by the coronavirus outbreak.
Duxbury says “some clubs are happy to sign up to ‘Project Restart’ because arguably there is only an upside in participating in this compromised format. It means Liverpool can win the title, other clubs can book their place in Europe next season or potentially fight their way up the table from a position of safety.”
But he adds “when at least six clubs – and I suspect more – are concerned about the clear downside and the devastating effects of playing in this kind of distorted nine-game mini-league, then I believe the Premier League has a duty of care to address those concerns.”
50 Premier League players planning revolt against restart

Up to 50 Premier League players are planning to revolt against plans to restart the season, according to reports.

A source from one club told The Mirror “two or three” players from every team have major reservations about getting the top-flight season back under way in June.

Though nothing is set in stone under Project Restart, a number of clubs are back in isolated training with a view to stepping up to full contact sessions later in May.

It is hoped the Premier League will then return to action on June 12, with the remaining 92 fixtures completed by the end of June, but several players are quietly worried about the plan.