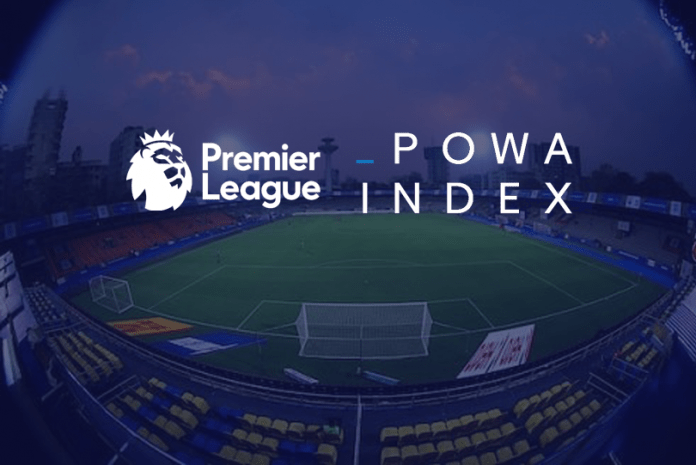 Ahead of the new season, DataPOWA has released a list of 2020/21 Premier League team sponsorship properties as ranked by POWA index, the data-driven, real-time sports sponsorship valuation engine. 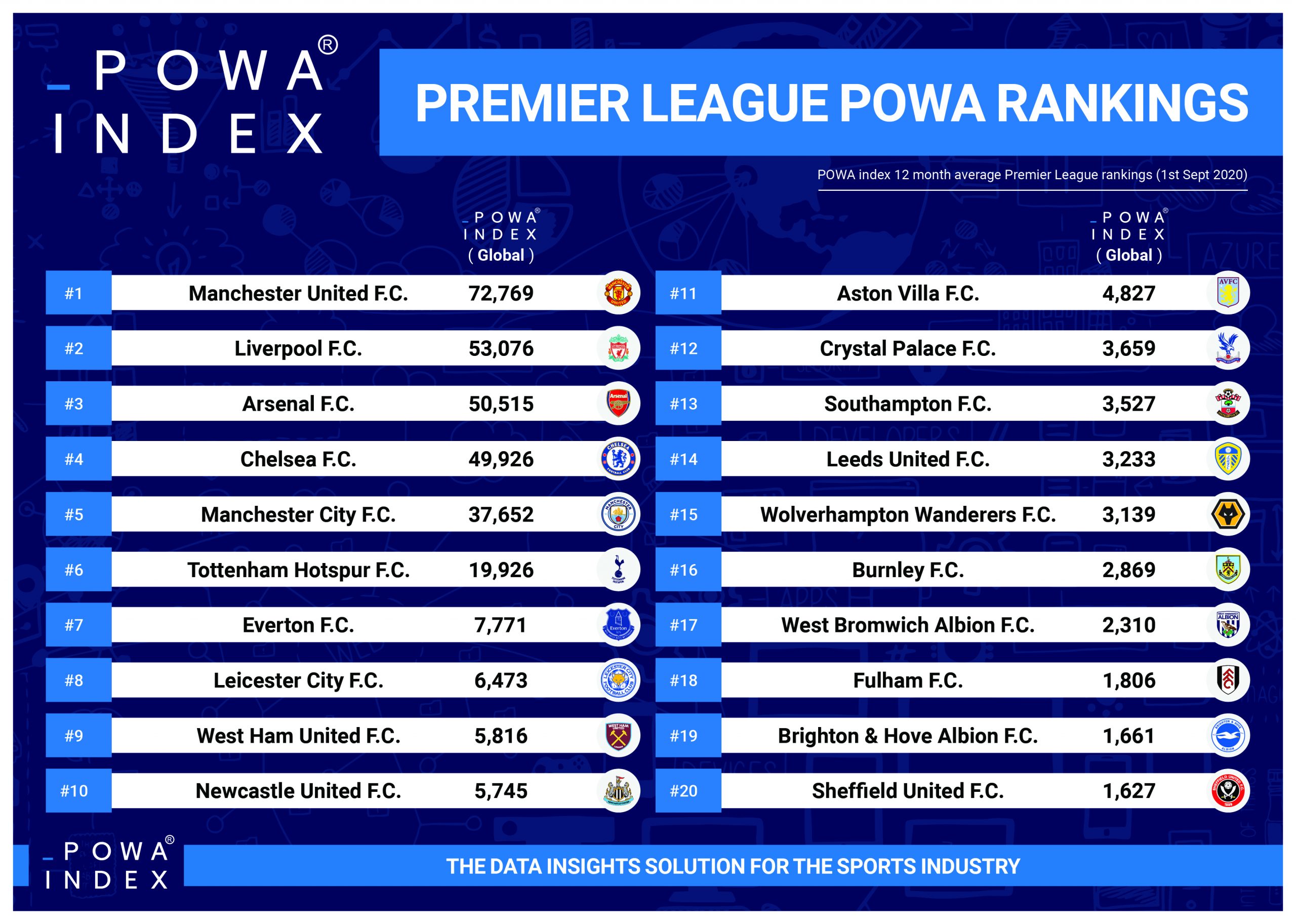 Manchester United take the top spot, and it’s an important season as they enter the final year with their current main sponsor.

Reigning Premier League Champions Liverpool (2nd) are closing the gap on United on POWA index, and their on-pitch success is matched by their commercial prowess with many new, improved commercial deals in the pipeline.

Also looking ahead to a critical campaign are London clubs Arsenal (3rd) and Chelsea (4th), as Mikael Arteta and Frank Lampard know that the fans’ current goodwill won’t stretch across another season unless they are in the mix for the title challenge.

Manchester City (5th) have missed out on signing Lionel Messi this summer, however the commercial impact a player of his influence will afford is exactly what City require, and they will no doubt be going all-out to secure his services for the following season.

Everton (7th) could see a rise in their POWA index over the next few weeks due to the signing of James Rodriguez from Real Madrid, The Colombian is a global star and has an Instagram following of 46m; Everton, for context, have 1.8m, and Manchester United are the Premier League’s biggest team on the channel with 36m.

Leeds United (14th) are riding the crest of a wave on and off the pitch, signing a record shirt sponsorship deal with SBOTOP, sleeve deal with JD Sports and new kit supplier deal with Adidas.

DataPOWA C.E.O. Michael Flynn said: “Manchester United’s sponsorship strength is resilient and their qualification for this season’s Champions League has seen further growth for the club. Liverpool’s excellence in the last eighteen months is reflected in their improvement in POWA index score.

“Leeds United are making all the rights moves on and off the pitch and will continue their POWA index rise now they are a Premier League team and could even break into the top ten by the end of the season.”