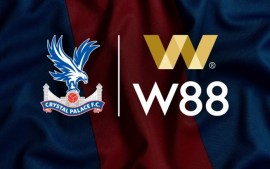 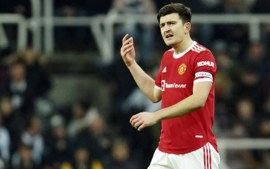 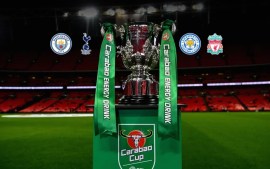 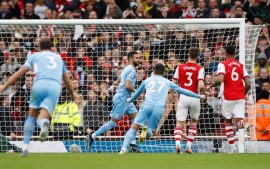 Premier League in 2021 – Top10 EPL Moments 2021: As we enter the New Year of 2022, we have been served with 19 Matchdays of intense joy and entertainment in the Premier League season. The league before its MID-SEASON break has seen some very happening, controversial and entertaining moments. Check Top 10 EPL Moments in 2021? Follow InsideSport.IN for all the latest Football news and updates.

From the most spoken takeover, the Top 3 title-race to the appointments and sacking of managers. We have picked out the Top-10 best moments from the Premier League 2021-22 season so far, check Out

After years of drifting and content under the ownership of Mike Ashley, Newcastle United’s long wait for a new ownership finally ended with the confirmation of a Saudi Arabian-backed takeover worth £300m on 7th October.

His Excellency Yasir Al-Rumayyan, Governor of PIF, will serve as Non-Executive Chairman of Newcastle United. Amanda Staveley, chief executive of PCP Capital Partners, will have one seat on the board. Jamie Reuben will also be a director of the Club, representing RB Sports & Media.

The takeover, which came after 18 months of delay and uncertainty, transformed Newcastle into the richest club in world football overnight. Saudi Arabia’s Public Investment Fund is said to have assets worth £320bn – £299bn more than the Premier League’s second-richest owner, Manchester City’s Sheikh Mansour.

With the whole club and Newcastle fanbase being jubilant and excited about their future, Newcastle sacked Steve Bruce and appointed Eddie Howe as their new manager but the club still remains in 19th place with just a win in their 18 games so far in the Premier League. The club’s top-flight status could be shattered with results not coming their way

The ownership and the management will look to get in reinforcements in the January Transfer window to at least manage above the relegation zone this year but come back strongly next year.

9. Solskjaer ‘OUT’, Ralf Rangnick the Godfather of Gegenpressing ‘IN’

Ralf Rangnick was appointed as the new Interim Manager of Manchester United on November 29th until the end of the season after 8 days since Ole Gunnar Solskjaer was sacked. Although Michael Carrick was in charge of the first team until the new manager’s work visa was finalized.

“Following this period, Ralf and the club have agreed that he will continue in a consultancy role for a further two years”, club statement confirms. pic.twitter.com/m0YhW6PfL2

Manchester United board decided to sack their manager Ole Gunnar Solskjaer after another embarrassing defeat at the hands of Watford at Vicarage Road. The Red Devils board did a virtual meeting after the match & communicated their decision to the promoters The Glazer Family. After a series of embarrassing losses to Manchester City, Liverpool, Leicester and Watford Ole Gunnar Solskjaer was sacked.

Michael Carrick took charge of the team in which he led them to a draw against Chelsea, a 2-0 win in the Champions League which sealed qualification and a 3-2 win against Arsenal at home. After loads of speculation around Pochettino, Erik ten Haq, Zinedine Zidane the German Ralf Rangnick took charge and is expected to change the way United plays football with his Gegenpressing philosophy.

Although Manchester United will have to make another Managerial change since Rangnick is expected to stay just until the end of the season following a Consultancy role later on in the United board. But in case he manages to win a title and reach the Top-4 in the Premier League then an extended managerial role should be imminent for the German.

Such snubs certainly haven’t affected the man himself, though. The 29-year-old, who produced stunning solo strikes against Manchester City and Watford, is now up to 22 goals for the 2021-22 campaign, while he’s also chipped in with nine assists. The Liverpool winger has arguably taken his game to an even higher level this season and yet he was only ranked 7th in the recent Ballon d’Or and he didn’t even make the FIFPro World XI shortlist.

Nobody thought Mohamed Salah would ever top his 32-goal season in 2017-18, and yet the Egypt star is on course to do just that, scoring 15 and assisting nine in just under half a season.

He is quite simply at Lionel Messi levels right now, cutting through opposition defenses to score pivotal goals out of nothing and turning average Liverpool performances into victories in the process. Salah’s ludicrous solo strikes against Manchester City and Watford scored in consecutive games, summed him up. He is in a world of his own right now.

Poetry in motion 🪄@MoSalah‘s stunning solo effort against Manchester City is the @PremierLeague Goal of the Month 🙌 pic.twitter.com/qiEGKyymd3

The first manager of the 2021-22 Premier League season to be sacked was Watford boss Xisco Munoz, who has led the club to promotion from the Championship in 2020-21. He was dismissed just seven games into the new campaign with the club sitting in 15th position. Xisco was replaced by veteran Italian coach Claudio Ranieri, who famously led Leicester to the Premier League title in 2015-16.

The second manager to be sacked in the Premier League came as no surprise to anyone as Steve Bruce was sacked by Newcastle following their Saudi-led takeover and former Bournemouth manager Eddie Howe replaced him.

Nuno was the third Premier League boss to be fired, lasting just 10 games as Tottenham boss before being shown the door on November 1. He was replaced by Antonio Conte who was a favorite to replace Solskjaer at Manchester United.

Norwich City sacked Daniel Farke right after the club’s first win in the Premier League 2021-22 campaign as his side beat Brentford 2-1. The following day, there was another managerial casualty as Aston Villa coach Dean Smith was sent packing after a poor start to the season.

Manchester United’s Ole Gunnar Solskjaer departed immediately after the November transfer window closed following a stunning 4-1 loss against Watford. The Norwegian had spent much of his near three years in charge doing just enough to dodge the sack only for his luck to run out after a run of five Premier League defeats in seven games.

Chelsea thrashed Norwich City 7-0 at home and Manchester City followed it up later in the season as they beat Leeds United 7-0. Mason Mount scored a hat-trick as Hudson-Odoi and the Chelsea fullbacks Reece James and Chilwell got on the scoresheet too. This victory sent them on top of the league.

Not so long ago, Manchester City similarly trashed Leeds United for 7-0. In this match however, there were 7 different scorers with Foden, Grealish, Mahrez, Stones and Ake finding the net once but Kevin De Bruyne scored a brace.

A total of 15 Premier League matches had to be called off due to clubs facing a COVID outbreak. This in turn affected many fans and supporters too. Two of the matches had to be postponed due to heavy snowfall and the pitch was deemed not right to play under these circumstances.

By the end of the window, Premier League clubs had spent a cumulative total of more than £1bn, with Jack Grealish’s £100m transfer from Aston Villa to Manchester City making him the most expensive player, closely followed by the £97.5m Romelu Lukaku.

Manchester United swooped in at the last minute to complete the sensational signing of Cristiano Ronaldo. The Red Devils snatched up the Portuguese forward from their noisy neighbors Man City and set to see the 36-year-old return to Old Trafford this summer. The 5-time Ballon d’Or winner has proved a savior for Solskjaer this season having scored crucial goals and equalizers.

Cristiano Ronaldo has scored 7 goals in the Premier League providing 2 assists. While he proved more crucial in the Champions League chipping in with 6 goals in 5 games for the club. While some people doubted his return he just continued to silence them with his beautiful game of football.

Manchester City, Liverpool and Chelsea have been entertaining all of the fans of football with an intense title challenge at our hands. Just a few points separating all the 3 teams has been one of the most exciting title races the Premier League has experienced.

Manchester City has won 15 games in their 19 matches while Liverpool has won 12 in 18 and Chelsea after their last night’s comeback like has won 12 games in 19. Manchester look the favorites to lift the trophy again but face a fierce challenge from Liverpool and Chelsea. Chelsea has led the top before slipping up to Liverpool and the Reds were overtaken on the same day by City but continue to keep the lead.

The fullbacks in the Premier League have played a crucial role in delivering success for their teams especially, for the Top 3 teams. With Manchester City relying on Joao Cancelo and Kyler Walker, Chelsea on Reece James, Chilwell and Alonso and Liverpool relying on Trent Alexander Arnold and Andy Robertson.

With all the full-backs adapting to the modern football many of them have come out on top providing their teams with loads of attacking threat to find the back of the net. 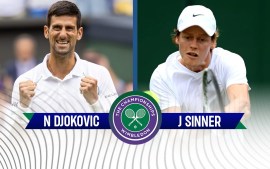 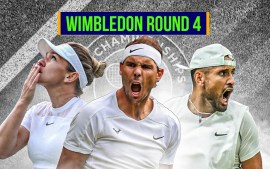 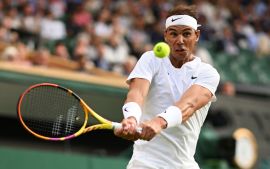