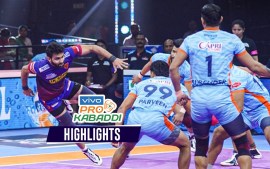 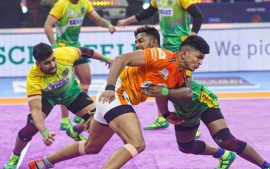 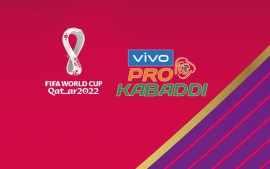 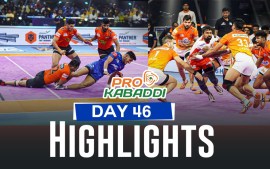 PKL 2022 Highlights: Puneri Paltan continued their excellent form in Pro Kabaddi Season 9 as they defeated Haryana Steelers 41-28 in the…

PKL 2022 Highlights: Puneri Paltan continued their excellent form in Pro Kabaddi Season 9 as they defeated Haryana Steelers 41-28 in the first match of the Triple Panga Night at the Gachibowli Stadium in Hyderabad. Captain Maninder Singh put on a fantastic performance to help Bengal Warriors register a 36-28 victory over Telugu Titans in the second match. Bengaluru Bulls eased to a 45-38 win over Gujarat Giants in the final game of the night. Follow Pro Kabaddi League 2022 LIVE updates on InsideSport.IN

Puneri Paltan continued their excellent form in Pro Kabaddi Season 9 as they defeated Haryana Steelers 41-28 at the Gachibowli Indoor Stadium in Hyderabad on Friday. Aslam Inamdar emerged as the star for Puneri Paltan with 10 points on the night.

Aslam Inamdar started the match with a bonus point before Fazel Atrachali carried out a brilliant tackle on Steelers’ raider Manjeet to help Puneri Paltan take the lead. Haryana Steelers came back into the match as Joginder Narwal used his experience to register a Super Tackle. However, Puneri Paltan maintained their rhythm and attained a massive lead at 13-3.

Joginder Narwal tried to repeat his heroics but this time Mohit Goyat made his move early to grab the player and helped his team stay in the lead. Haryana Steelers saw a ray of hope when Meetu Sharma effected a brilliant raid, but Puneri Paltan carried out a Super Tackle and Aslam Inamdar sent Manjeet off the mat as they were comfortably leading at 20-10 by the end of the first half.

The Steelers tried to make a comeback in the second half, but the Paltan defence continued to stand tall. Raider Meetu lunged forward in the opposition’s half to grab a point, but he was tackled by Sanket Sawant. Fazel Atrachali, then, used his experience to tackle Manjeet as Puneri Paltan inflicted an All-Out to attain a stronghold in the match at 31-17.

Vinay picked up a Super Raid late in the game, but the Steelers were too far behind Puneri Paltan’s score. Puneri Paltan kept raging on and eventually closed out a comprehensive victory.

Maninder scored 12 points, while Shrikant Jadhav chipped in with 7 points in the match for Bengal Warriors s they clinched victory against Telugu Titans. 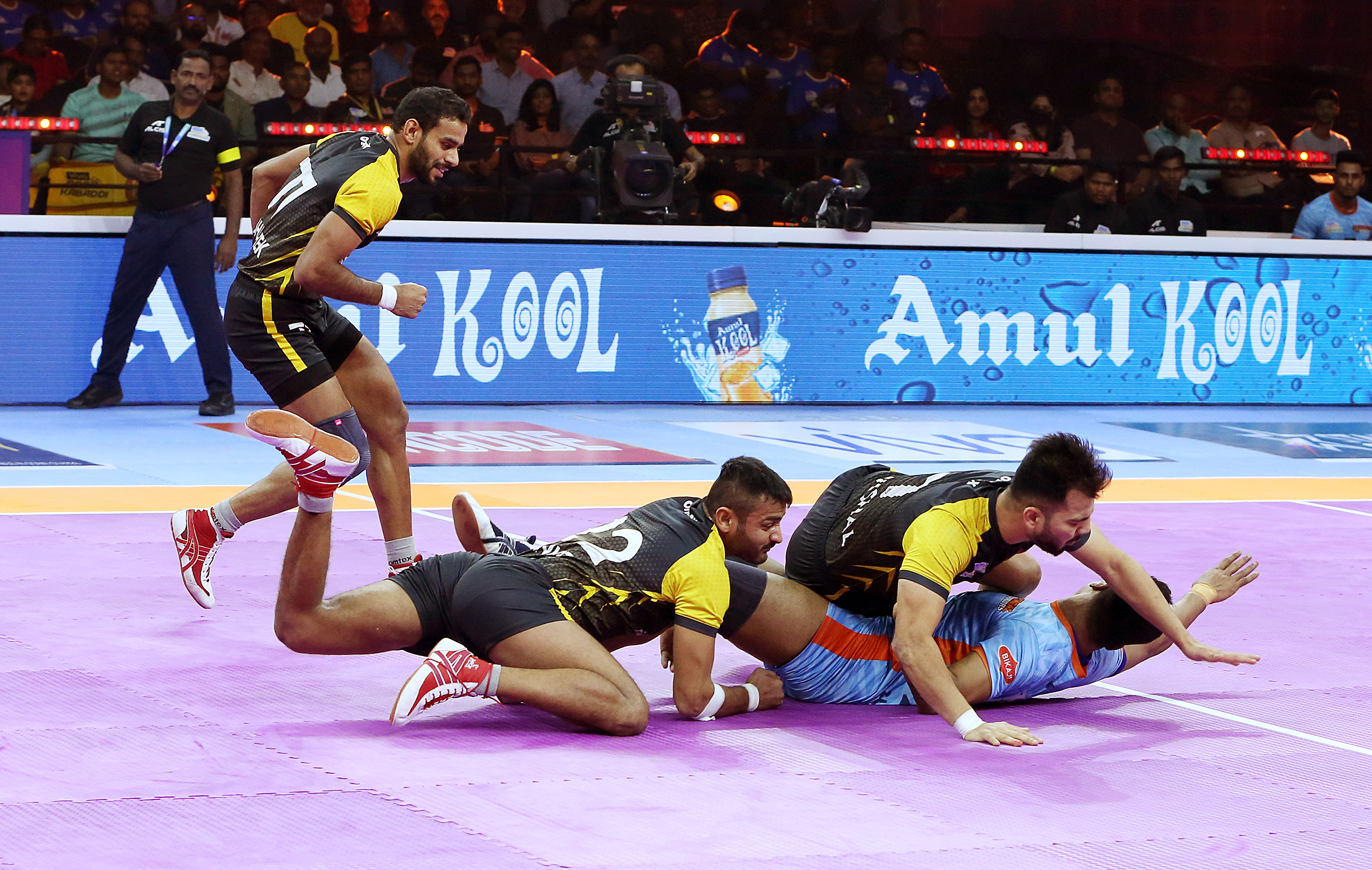 The Warriors inflicted an All-Out in the opening minutes of the second half and took a big lead at 20-14. Abhishek Singh and Siddharth Desai picked up raid points for the Titans, but Maninder Singh’s heroics helped the Warriors to stay ahead at 25-19 in the 31st minute. Shrikant Jadhav pulled off a fantastic raid in the 33rd minute and reduced the Titans to just two players on the mat. Moments later, the Warriors inflicted another All-Out to attain a stronghold in the match at 33-22 in the 35th minute. The Warriors rode on the momentum and eventually walked off the mat with a massive victory.

A high-speed, high-points game kicked off with the Bulls firing on all cylinders right from the word go. Bharat, on his first raid of the evening — and in fact the evening’s fourth raid — got a Super Raid taking out the Giants’ Rinku Narwal, Rakesh and Manuj to leave them reeling and staring at an early All-Out. The All-Out duly came soon after, as the Bulls surged into a 9-3 lead.

To the Giants’ credit, they did not take the shock lying down and were soon in the hunt themselves. Parteek Dhaiya and Chandran Ranjit’s success soon helped them inflict an All-Out of their own to draw level at 11-11. But the pendulum swung again, and the Bulls went on to get their second All-Out of the game to again run into a 20-13 lead. Bharat had by then registered a Super 10 already. Despite a late Giants fightback, the teams went into halftime with the Bulls leading 26-22.

The pace of the game dropped in the second period, but the quality remained high. While Bharat’s constant success when raiding ensured the Bulls never lost the lead, they were never truly out of sight either.

It all changed at the halfway mark of the second period. On a Do-or-Die raid, Bharat took out Shankar Gadai, Chandran Ranjit and Rinku Narwal in a Super Raid that set up another All-Out. Mayur Kadam’s tackle on Sonu then gave the Bulls their third All-Out of the game to move into a nine-point lead.

While Bharat and the Bulls’ raiders took much of the applause, their quartet of defenders was also responsible for what ended up being a straightforward victory. Between them, Mayur Kadam, Mahender Singh, Saurabh Nandal and Aman scored plenty of points and kept the Giants’ Ranjit and Dhaiya at bay to ensure their team got the win.