Pakistan was crusing along the chase with Sidra Ameen in her 90’s. But as soon as captain Bismah Mahroof got out – Pakistan innings crumbled. From score of 2/183 – Pakistan lost 5 quick wickets and score read 7/187.

BAN-W beat PAK-W: Earlier Nashara Sandhu did a star act for Pakistan as she took 3 wickets to put brakes on the Bangladesh innings.

For Bangladesh Fargana Hoque was the highest scorer with brilliant innings of 71. 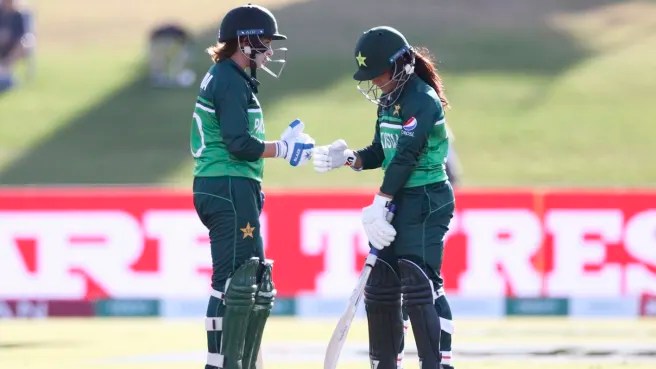 Earlier thanks for an impressive 44 from Sharmin Akhter, Bangladesh women got a decent start to their innings.

Wicketkeeper-batter Shamima Sultana could not do much with the bat, but a 40-run stand between Akhter and Fargana Hoque got the Tigresses back in the game. Currently, Hoque is at the crease alongside skipper Nigar Sultana. 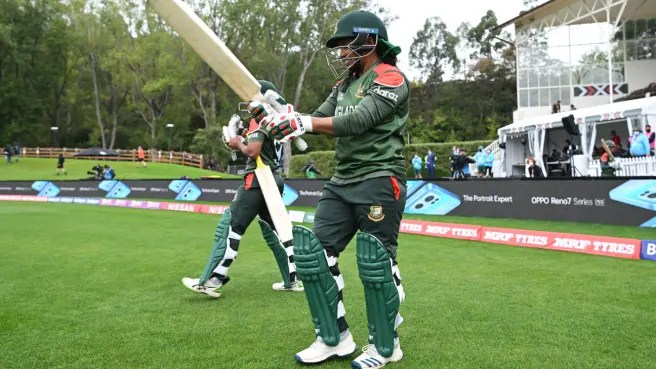 The bowling has blown hot and cold and Pakistan needs to tighten it the middle and death overs. Meanwhile, Bangladesh showed a fight against South Africa but caved in against New Zealand. The Nigar Sultana-led side have not fired in unison and have relied on two to three players. Bangladesh’s top-order batting looks good with openers firing. The worry has been lack of runs from Sultana, Ruman Ahmed, and Salma Khatun.