Neeraj Chopra who is India’s first winner of a track and field gold medal in the Olympics made his debut at Tokyo Games at the age of 23. The star javelin thrower won the gold medal with a throw of 87.58 metres in his second attempt. He received the prestigious Padma Shri award from President Ram Nath Kovind at the Rashtrapati Bhavan in a ceremony today. 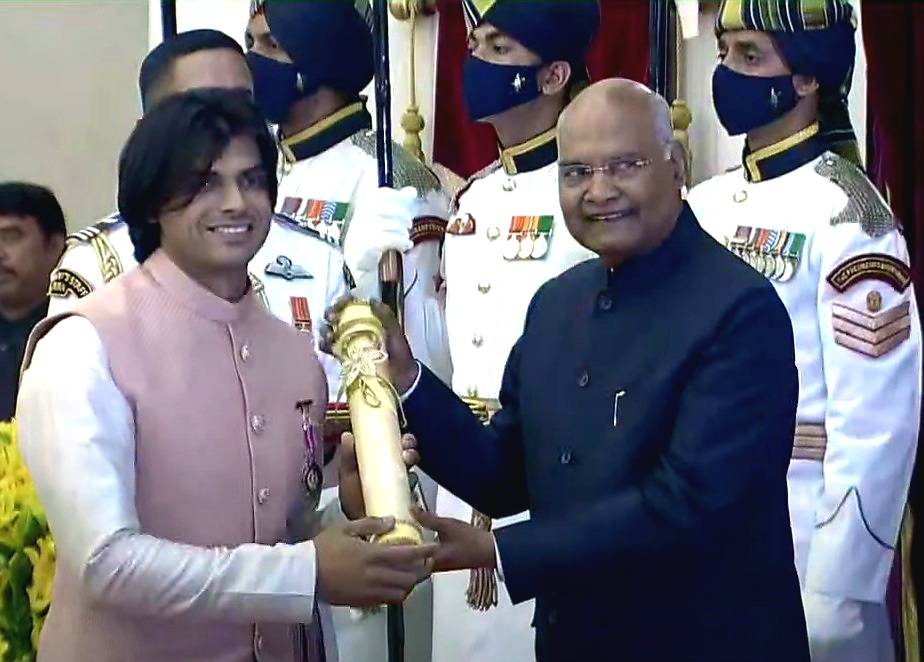 The awards are announced on the occasion of Republic Day every year. These awards are conferred by the President of India at ceremonial functions which are held at Rashtrapati Bhavan usually around March/ April every year.

Neeraj Chopra in an interview confirmed that he will be off to training soon! ✈️🙏🏼 pic.twitter.com/aZSkGe3CEq

This year the President has approved the conferment of 128 Padma Awards including 2 duo case (in a duo case, the Award is counted as one). The list comprises 4 Padma Vibhushan, 17 Padma Bhushan and 107 Padma Shri Awards. 34 of the awardees are women and the list also includes 10 persons from the category of Foreigners/NRI/PIO/OCI and 13 Posthumous awardees.