ISL 2021-22: Odisha FC and FC Goa split points in an entertaining 1-1 draw: FC Goa and Odisha FC shared spoils in Derrick Pereira’s first game in charge as the Hero Indian Super League game ended in a 1-1 draw at the Tilak Maidan Stadium here on Friday. Follow all the ISL 2021-22 Live Updates only on InsideSport.IN

Ivan Gonzalez (42nd) gave Goa the lead in the first half but their joy was short-lived as Jonathas Cristian (53rd) equalised early on the second period. There were chances for both teams to clinch the game but it ended in a stalemate leaving both camps high and dry.

The result means Odisha stay seventh with 10 points from seven games while Goa also remain in eighth place with eight points in their kitty from seven outings.

The game got off to a cagey start before Gonzalez helped Goa take the lead. Aiban Dohling got on the end of a free-kick and sprinted in front of the defenders to flick the ball back for Gonzalez who tapped it into the net.

Goa looked the better side in the first half, enjoying the lion’s share of possession but lacking a cutting edge in the final third. Kamaljit Singh made two exquisite saves off the brilliant Alberto Noguera before the Gaurs went ahead three minutes to the halftime whistle. 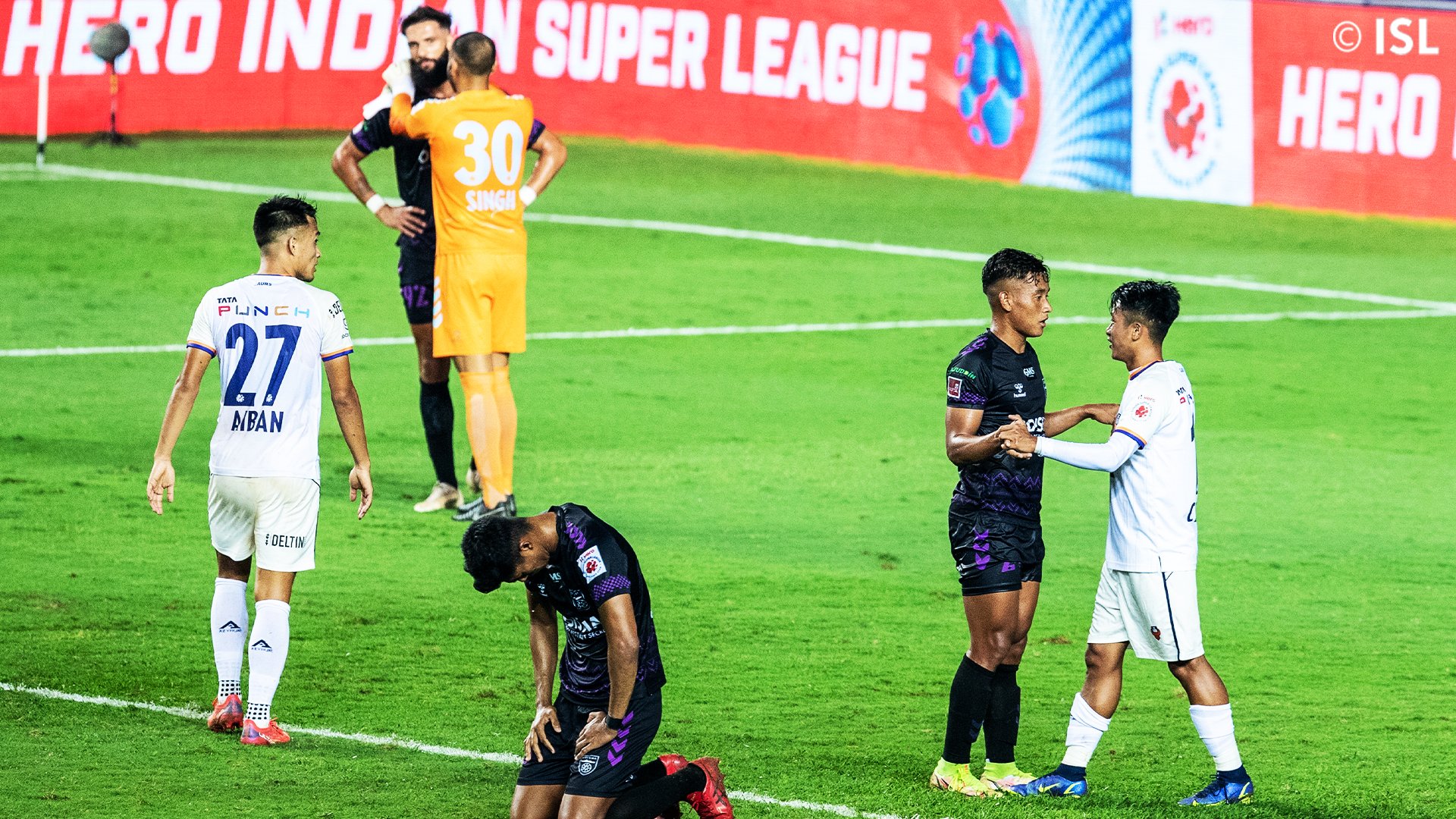 It didn’t take Odisha long to restore parity as Jonathas got on the scoresheet after Dheeraj Moirangthem failed to clear a dangerous ball inside the box and the Brazilian was on hand to tap home from close after sprinting in towards the far post.

Both teams threw in the towel in a bid to bag the winner and Dylan Fox almost scored an own goal when he headed the ball into his own crossbar. The ball lobbed back to the edge of the box with Liridon Krasniqi hitting it on target only for a Goa shirt to make a goal line clearance.

Krasniqi’s effort in injury time came off the post much to the agony of Odisha FC as both teams ended the game all square.