NZ Tour of Ireland: Otago Volts leg-spinning all-rounder Michael Rippon is the only newcomer in the New Zealand white-ball squads for the tours of Ireland and Scotland in July, and the Netherlands in early August. Follow Ireland vs New Zealand LIVE updates on InsideSport.IN 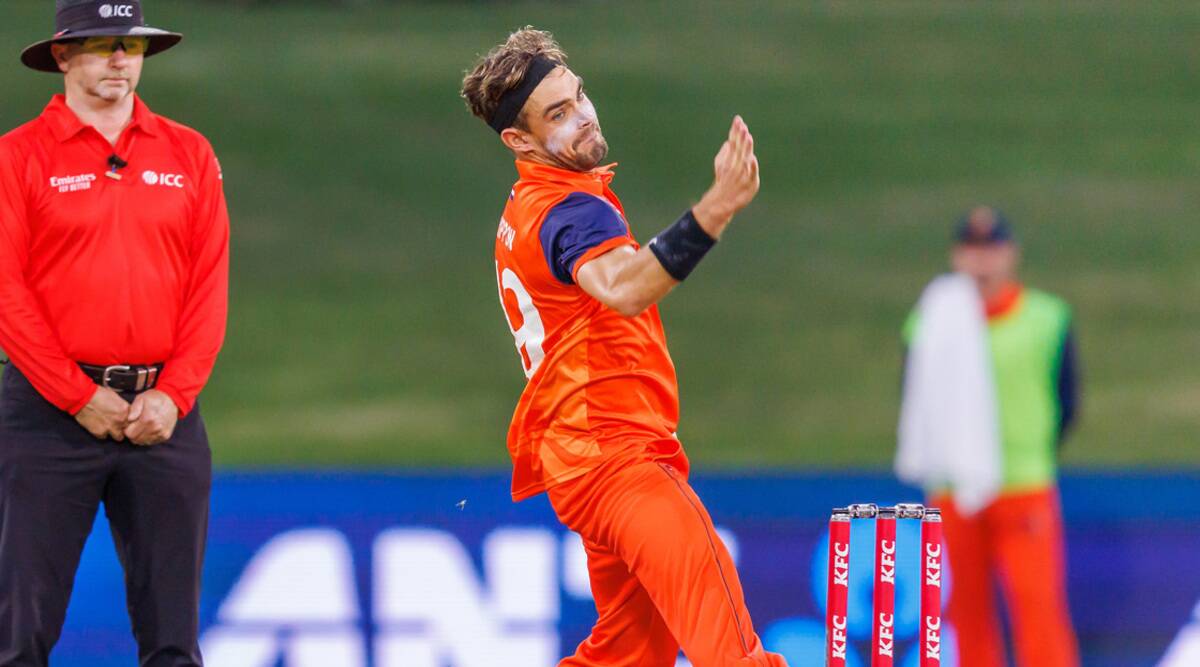 Tom Latham will be leading the side in the ODI series first up against Ireland starting in Dublin on July 10, before heading back home to New Zealand along with Henry Nicholls, Matt Henry, Will Young and Jacob Duffy. Rippon has been selected as part of a 15-player squad for the following three-game T20 series against Ireland in Belfast, two T20s and an ODI against Scotland in Edinburgh, as well as two T20s against the Netherlands in Amsterdam on August 4 and 6.

Rippon’s left-arm wrist spin is a rarity in the New Zealand professional cricket scene and he is understood to be the first specialist bowler of his variety ever selected for the Blackcaps.

Joining Rippon from the Ireland T20 series onwards will be Mark Chapman, Jimmy Neesham, Daryl Mitchell and Ben Sears, while the only other uncapped player selected is Central Stags wicket-keeper Dane Cleaver, who has been picked in both squads.
Northern Districts’ all-rounder Mitchell Santner will take over the captaincy from Tom Latham following the opening ODI series against Ireland.

In line with NZC’s commitment to player and staff wellbeing, Kane Williamson, Trent Boult, Tim Southee and Devon Conway will return to New Zealand following the England Test series. The white-ball tour to West Indies in August their next likely assignment ahead of the ICC T20 World Cup in Australia in October.

Shane Jurgensen will head up the coaching team for the Ireland leg of the tour with support from Luke Ronchi and former England international Luke Wright, allowing regular head coach Gary Stead a short break.

Jurgensen and Ronchi will depart for home post-Ireland, with Stead returning as head coach to be joined by Graeme Aldridge (bowling), Dean Brownlie (batting) and Wright (fourth coach) for the Scotland, Netherlands and West Indies series.
Rippon’s path to the New Zealand team is an interesting one having first moved to New Zealand from South Africa in 2013 to play for Otago.

The 30-year-old Dutch passport holder already has 31 international caps to his name for the Netherlands and recently played against the BLACKCAPS in three ODIs at Bay Oval and Seddon Park in March. 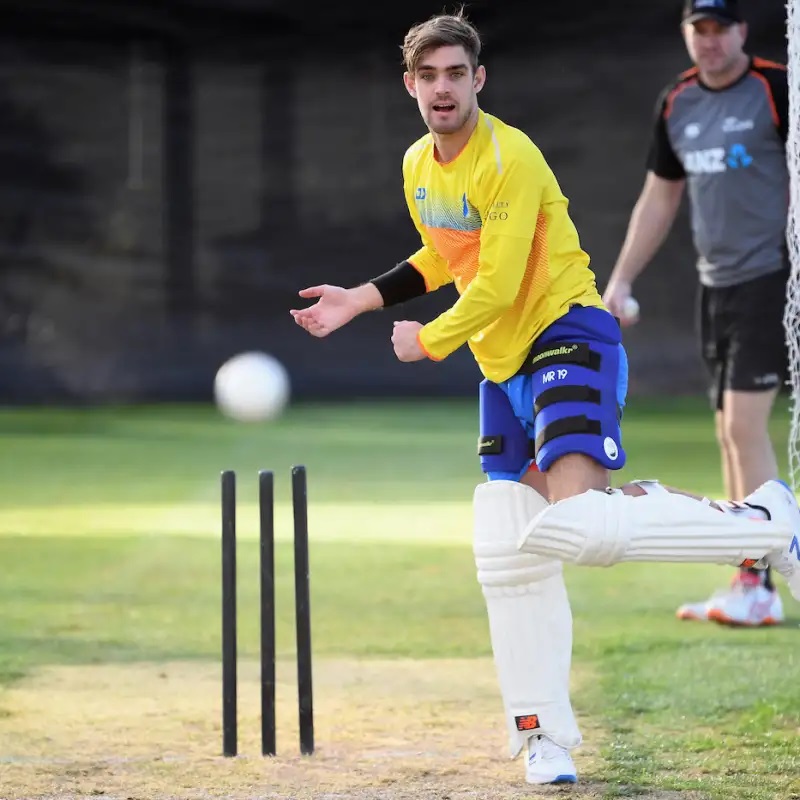 However, once they have been listed on an international match team-sheet for a Full Member nation they cannot return to play for the Affiliate or Associate for three years.
Cleaver, who is currently with the Test team in England, has been retained as the T20 keeper after being first selected to face the Netherlands in March in a one-off T20 at Napier, which was eventually abandoned due to weather.

Joining Rippon in the spin department is the familiar duo of Santner and Ish Sodhi, along with impressive all-rounder Michael Bracewell – who could be in line to make his T20I debut after successful starts to his ODI and Test career.

Central Stags speedster Adam Milne has been selected for both squads having featured in last year’s ICC T20 World Cup, and could play his first ODI in nearly five years, while Glenn Phillips has been included in the ODI squad for the first time.

Wellington Firebirds rising stars Finn Allen (23 years old) and Ben Sears (24) are also a chance to make their ODI debuts, having already played a handful of T20 Internationals.
Selector Gavin Larsen said the squads represented a blend of experience and a nod to the future.

“Firstly, it is really exciting to be embarking on tours of these developing cricket nations. With more full member nations playing them both home and away we are seeing how much they are improving and we know they will fancy their chances in their own conditions. Coming off the back of the England Test series and in the middle of another busy year, these tours were always going to be an opportunity to further test our depth in white-ball cricket,” he said.

Larsen said NZC was determined to continue prioritising the welfare of players and support staff through the pandemic. 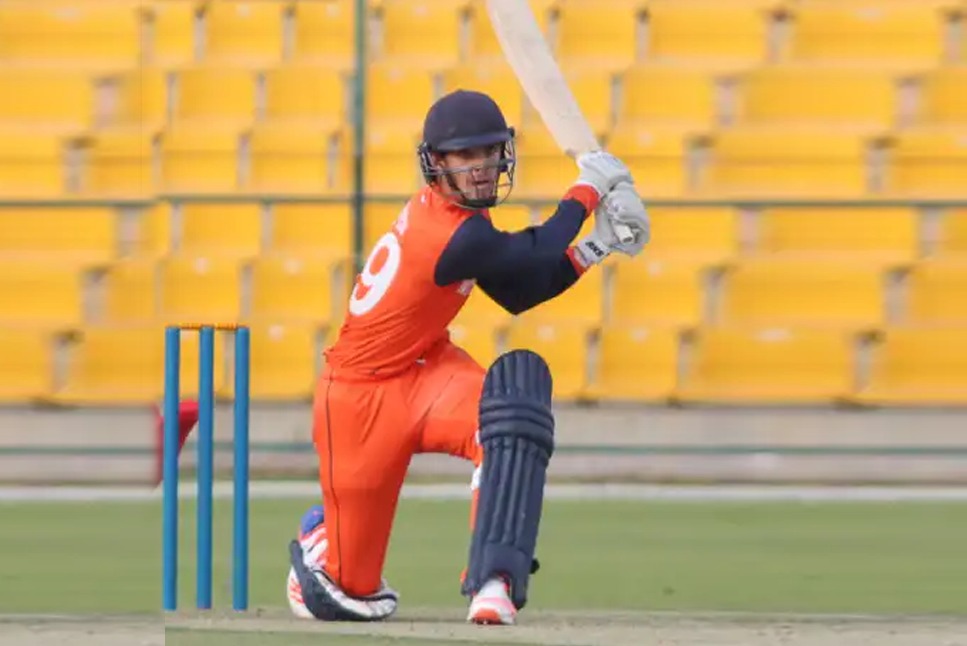 “With a T20 World Cup in Australia just around the corner and an ODI World Cup in India next year – this is a great chance to give players further opportunities on the international stage. Michael Rippon thoroughly deserves his selection after consistent performances domestically for many seasons now. His left-arm wrist spin is a point of difference and he also offers some punch down the order with the bat.

We have got plenty of spin options in the squads and I am sure both Michaels’ (Rippon and Bracewell) will relish the chance to rub shoulders with Mitch and Ish and learn off their experience. Dane’s earned his opportunity off the back of his strong form for the Central Stags and it is great to see his recent call up to the Test squad in England,” he added.

“We know how dynamic a player Tim can be when he is at his best and we are hopeful he can push his case for selection again in the near future. It is pleasing to see the depth we are developing behind the stumps with the likes of Tom Blundell and Cam Fletcher also in the discussion. The tours should be a great experience for the players and coaches alike and I wish them all the best,” he said.

The first group of BLACKCAPS assembling from New Zealand depart for Ireland on Sunday, July 3.

The Squad for the tour of the West Indies will be announced in mid-July.