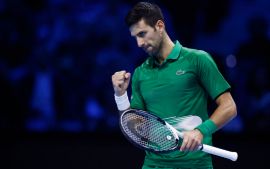 Novak Djokovic vs Rafael Nadal: Novak Djokovic has made it clear that Rafael Nadal is still his biggest rival on the Tennis court following the retirement of Roger Federer. The former World No.1 gave this big statement after he was asked whether he sees the current World No.1 Carlos Alcaraz as a threat to him in any way following his Laver Cup 2022 campaign at London on Sunday. Follow InsideSport.IN for more updates.

Djokovic, who started the year as the World No.1 didn’t had a great season so far as he was disallowed from participating in the Australian Open and the US Open due to his non-vaccination status. He won the Wimbledon this year, which was his 21st Grand Slam title, however it didn’t help him in anyway as ranking points were stripped off the tournament this year. Following this, the Serbian has slid down to World No.8 in the rankings currently.

19-year old Carlos Alcaraz is currently on top of the rankings following his US Open victory this year. After the Laver Cup on Sunday, which also served as a farewell tournament for Roger Federer, Djokovic was asked whether he would look up to 19-year old Alcaraz as his rival from now on. Djokovic soon replied, “Well Nadal is still there, It’s still Rafa obviously. As long as he plays, he will be my biggest rival.”

not them trying to write off rafa after he won two slams this year pic.twitter.com/2qwSpMLuFI

Djokovic, Nadal and Federer share one of the greatest rivalry in the history of the Tennis and all the three players, along with Andy Murray, combinedly called as the “Big Four” in Tennis was part of Team Europe in the Laver Cup this year, which turned out to be an emotional ride with Federer bidding farewell to the sport. Nadal and Federer partnered together to play doubles, which was the Swiss legend’s last game. But the pair was defeated by Frances Tiafoe and Jack Sock.

Soon Federer retired and Nadal too withdrew from the tournament and it was Djokovic, who led the team. Djokovic won his singles against Tiafoe and also clinched victory in the doubles by partnering with Matteo Berrettini. However on the final day, he lost his singles encounter to Felix Auger Aliassime that served as a big setback to Team Europe as they lost the Laver Cup for the first time in the history of the competition.

Djokovic will next be seen in action at the Tel Aviv Open in Israel, where he is the top seed. He is looking to improve his rankings by the end of the year. 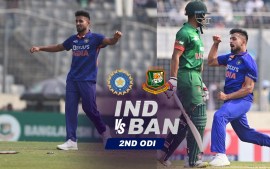