If Neeraj Chopra wins a medal at Oregon 2022, he will be only the second Indian athlete to clinch a podium finish at the championships. Anju Bobby George earlier won a bronze in the women’s long jump at Paris in 2003.

More good news came for India in TRIPLE JUMP. Eldhose Paul became the first Indian to qualify for the triple jump final at the World Championships with an effort of 16.68m here.

He finished sixth in Group A qualification round and 12th overall to make the cut for Sunday’s final (6:50am IST). 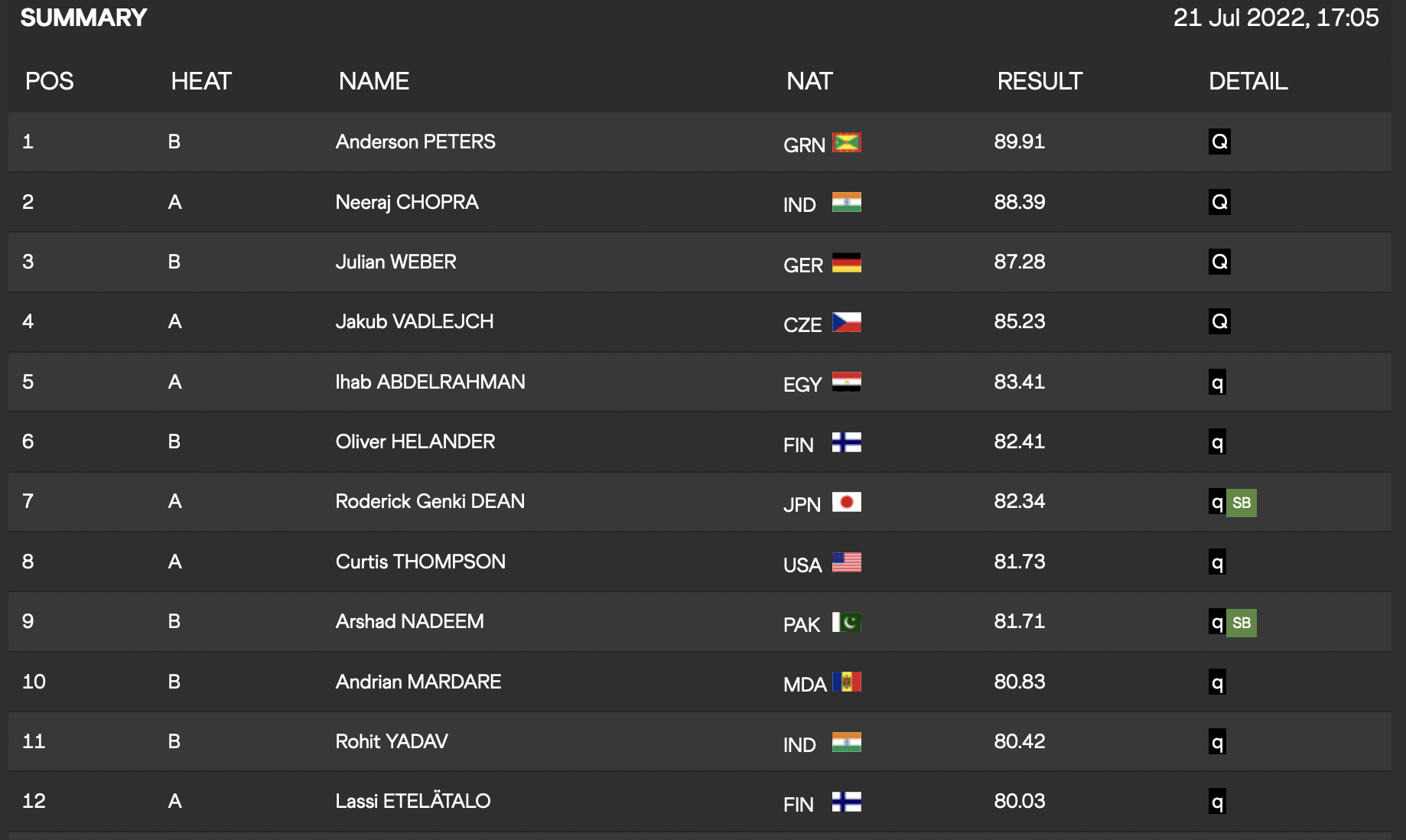 He threw a personal best of 89.94m at the Stockholm Diamond League to once again rewrite the national record. Earlier he had set the new-record at the Paavo Nurmi Games in Finland in his season-opener.

Who will be Neeraj Chopra’s Main Competitors?

Anderson Peters: The Indian superstar will face stiff competition from the reigning world champion Anderson Peters of Grenada. Peters has breached the 90-mark thrice this year. He also left Chopra behind for gold in Stockholm earlier this month.

Oliver Helander: He is a man in form. Oliver Helander comes from Finland and like Neeraj has done his personal best this season with 89.83m throw. Helander had stunned both Neeraj Chopra and Anderson Peters for the top podium at the Paavo Nurmi Games last month.

Jakub Vadlejch: He won a silver at Tokyo 2020. The man from Czech Republic is placed in Neeraj’s group A and has breached 90 M this season. His season best is 90.88m and he is currently ranked No. 3 in the World.

Germany’s Julian Weber will also be the man to beat at Oregon22 FINALS on Sunday.