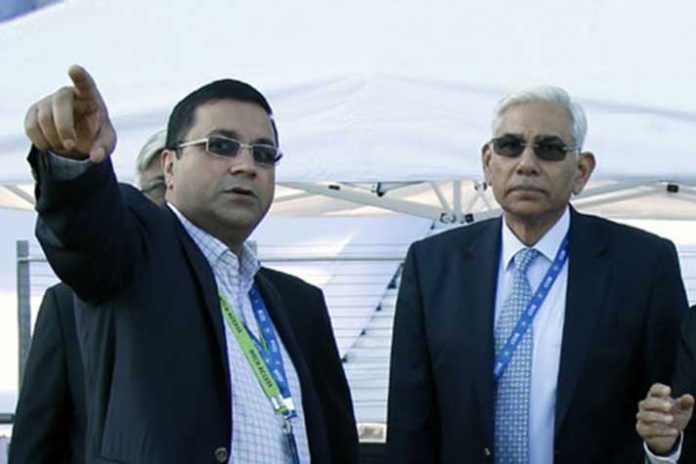 Can the heat faced by Board of Control for Cricket in India Chief Executive Rahul Johri in wake of the sexual harassment case also hurt Committee of Administrators’ Chairman Vinod Rai?

Has the former Comptroller and Auditor General of India erred in handling the sensitive issue? What if reported accusations by Cricket Association of Bihar secretary Aditya Verma about Rai sweeping under the carpet a sexual harassment complaint by a female staff against Johri are found substantial?

The BCCI CoA, rather the cricket administration set up in the country, State associations included, is a divided house over the handling of the Johri case by the CoA Chairman. The other CoA member Diana Edulji wanted the “accused” who is facing serious allegations out of the BCCI and Indian cricket. There are at least seven State units in the BCCI who separately have echoed Diana’s sentiments.

Rai, defying the majority, has formed a three-member independent committee to investigate the allegations against the CEO. A valid, logical and legally appropriate move by the CoA chairman. How, an “employee” can be sacked or suspended without substantiating allegations or charges against him? A termination without inquiry and investigation will not easily stand the testimony of law if the suspended or terminated “employee” seeks legal course.

So, where did the CoA chairman go wrong in handling the sexual harassment issue in the BCCI?

It is the alleged earlier in a complaint by a BCCI female staffer against the CEO, reportedly highlighted by BCA secretary Verma.

The BCCI media release about the constitution of the three-member independent committee for a transparent inquiry of the matter, states that “The independent committee could take into account and/or probe all allegations of sexual harassment against Mr Johri while he was employed with the BCCI.”

“… take into account and / or probe all allegations of sexual harassment against Johri while he was employed with the BCCI” is tricky legally. Primarily it appears that by limiting the inquiry to his tenure in the BCCI, Johri has been saved from the #MeToo allegations pertaining to his previous employment.

However, prima facie this also amounts to an acceptance to the fact that there has been / or have been sexual harassment allegation or allegations against Johri, the BCCI CEO. If there were none, then why a three-member committee, comprising a former High Court Judge, a women’s commission ex-chairperson and a retired IPS, to inquire something that’s never reported?

This is what may cast trouble for the CoA Chairman, who has reportedly been accused of ignoring the allegations to protect Johri.

Not reporting the complaint may potentially constitute to an offence under the Sexual Harassment of Women at Workplace (Prevention, Prohibition and Redressal) Act of 2013.

So, what the act says that may bother Rai?

“Sexual harassment being a crime, “employers” are obligated to report offences.

Does Rai qualify to be an “employer” in this context? An employer under the act has been defined as any person who is responsible for the management, supervision, and control of the workplace and includes persons who formulate and administer policies of such an organisation.

Was Rai obliged to report the alleged complaint by a BCCI staff female member against the CEO? That is a subject of debate and interpretations. The answer lies in the relevant clauses cited above. With regard to Rai, the matter may be debated on two counts. Did he ever receive any complaint of sexual harassment in the BCCI. Was he as an “employer” obligated to report the offence.

The law has also defined the quantum of punishment for erring employers. “Employers” who fail to comply will be punished with a fine of up to ₹50,000 states the act.

The Sexual Harassment of Women at Workplace (Prevention, Prohibition and Redressal) Act, 2013, has come into force in India from December 9, 2013. It is enacted to protect women from sexual harassment at their place of work.