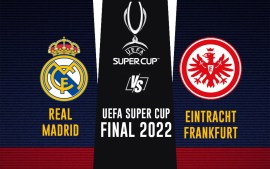 UEFA Super Cup FINAL 2022: All you need to know about Real… 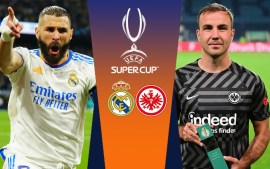 Leipzig vs Bayern Munich LIVE: German Super Cup 2022, RBL 3-5 BAY – Bayern looked to be comfortable with a three-goal cushion after Musiala, Mane, and Pavard scored in the first half. However, goals from Halstenberg and Nkunku in the second half meant that the hosts weren’t done with the fight yet. Gnabry got on the score sheet for Bayern before Olmo scored Leipzig’s third goal, making it extra nervy for the visitors. They were able to hold their nerve, though, and Sane scored their fifth and final goal in the 98th minute, securing the cup for Bayern Munich. Follow RB Leipzig vs Bayern Munich, German Super Cup 2022 Live score and goal updates with InsideSport.IN

Bayern Munich claimed the DFL-Supercup for the third consecutive season after Sadio Mané scored his first goal for the club in what ended up being an action-packed clash with RB Leipzig on Saturday evening.

The Bundesliga champions dominated the early stages and went in front in the 14th minute, when Jamal Musiala beat goalkeeper Péter Gulácsi with a low strike.

It was soon 2-0, with Mané opening his Bayern account when he finished off a lovely team move. And Benjamin Pavard increased the visitors’ advantage on the stroke of half-time after being tee’d up by Musiala.

Leipzig vs Bayern Munich LIVE: Sadio Mane got on the scoresheet for his new team

Into the second half and Marcel Halstenberg pulled a goal back for Leipzig when he headed past Manuel Neuer from a corner.

But it didn’t take long for Bayern to re-establish their three goal lead, with Serge Gnabry lashing in a loose ball at the end of another excellent passing move.

Leipzig weren’t finished yet, however, and when they were awarded a penalty for Pavard’s foul on Dani Olmo, Christopher Nkunku converted from the spot to make it 4-2.

And Olmo himself then got on the scoresheet in the dying minutes to set up a nail-biting finish, only for Leroy Sané to put it back beyond doubt when he scored Bayern’s fifth goal in the eighth minute of injury time.

It is the 10th time in their history Bayern have won the Supercup and they begin their quest to claim an 11th consecutive Bundesliga title when they travel to Eintracht Frankfurt on Friday night.