Wimbledon 2022 semi-finals LIVE – No.3 seed Ons Jabeur’s trailblazing has taken her all the way into the Wimbledon final after triumphing…

Wimbledon 2022 semi-finals LIVE – No.3 seed Ons Jabeur’s trailblazing has taken her all the way into the Wimbledon final after triumphing 6-2, 3-6, 6-1 in a 1-hour, 43-minute battle of touch over Tatjana Maria. Follow all Wimbledon 2022 LIVE.  Updates on Insidesport.IN

Jabeur becomes the first Tunisian, first Arab and first African woman to reach a Grand Slam final in the Open Era. Ever since cracking the Top 50 in February of 2020, she has been setting records for her country and region; now, having won 22 of her past 24 matches, the 27-year-old has given herself the opportunity to go for the biggest milestone of all.

This season began on a negative note for Jabeur when she was forced to pull out of the Australian Open due to a back injury. But since returning in February, she has gone from strength to strength. Her overall 2022 record is 36-9, including final appearances in five of her last seven events and titles in two of them, Madrid on clay and Berlin on grass. Including the latter, Jabeur is now on a her second 10-match winning streak of the year.

Maria, 34, leaves Wimbledon having made history of her own. The No.103-ranked German was the oldest first-time Grand Slam semifinalist in the Open Era, the first mother-of-two to make the last four of a major since Margaret Court at Wimbledon 1975 and only the fourth player ranked outside the Top 100 to reach the Wimbledon semifinals.

Though two delightful volleys helped Maria escape three break points in the first game of the match, Jabeur went on to dominate the opening set by keeping Maria at bay on return. The World No.2 broke Maria for 2-1 and again for 5-2 with a terrific pass, and did not face a break point herself.

In the second set, Maria lured Jabeur into playing the game on her own terms. It made for some breathtaking shotmaking, particularly an absurd sliced forehand pass by Jabeur from a seemingly impossible position. But with points being decided by cat-and-mouse play more often than not, Maria’s foothold in the match grew stronger. She broke for 3-1 with a winning dropshot, and maintained that lead to the end of the set. 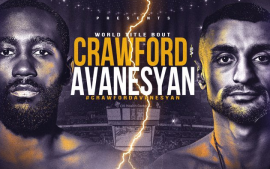 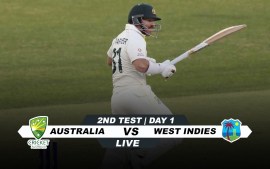