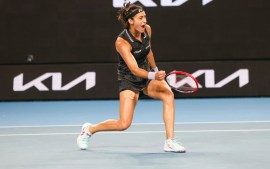 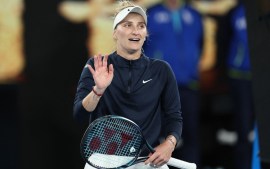 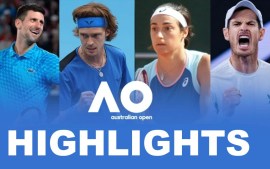 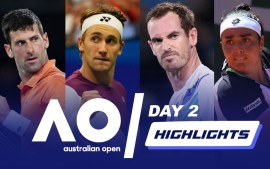 US Open Semifinals LIVE: Ons Jabeur has entered her maiden US Open final as she defeated Caroline 6-1, 6-3 in the semifinals…

US Open Semifinals LIVE: Ons Jabeur has entered her maiden US Open final as she defeated Caroline 6-1, 6-3 in the semifinals on Thursday. With the victory, Jabeur has ended Garcia’s 13-match unbeaten streak. Jabeur will now face either World No.1 Iga Swiatek or sixth seed Aryna Sabalenka in the final on Saturday.  Follow US Open 2022 LIVE updated on InsideSport.IN

The city where dreams are made.

🇹🇳 Ons Jabeur is into the #USOpen final for the first time! pic.twitter.com/GRyQwUt2iM

Though Jabeur was a higher-ranked woman, Garcia was a player who did not drop a single set in the tournament and entered the contest with a great form. The match was expected to be a closely contested one. However what unraveled at the Arthur Ashe Stadium was a bit of a surprise as Garcia was nowhere near her best on the important clash in her career.

Jabeur produced eight aces and 21 winners. She did not face a break point and converted all four of her chances. She fell to the court after shaking hands with Garcia, soaking it all in. Right from the start, Jabeur was at her best as she broke Garcia in the very first game of the match. Even before the start of the contest, Garcia appeared nervous and it was palpable on her face. Likewise, she made a nervy start in her very first service game and looked nowhere near her best as she conceded a break. Within the first two games, she also committed as many as six unforced errors that made Jabeur’s job much easier. The Tunisian went on to break Garcia two more times in the set as she clinched the first set in just 23 minutes.

By claiming the first set, Jabeur became the first player in this tournament to clinch a set against Caroline Garcia as the Frenchwoman won all the matches in straight sets until the semifinal. The second was more of the same. With Garcia serving at 1-2, Jabeur broke her for a fourth time. From then on it was easy for the Tunisian as she held on to her serve to win the match.

“It feels amazing. After Wimbledon there was a lot of pressure on me and I’m really relieved that I can back up my results,” she said. “The hard court season started a little bit bad but now I’m very happy that I made it to the finals here.” 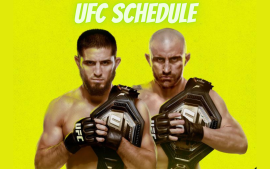