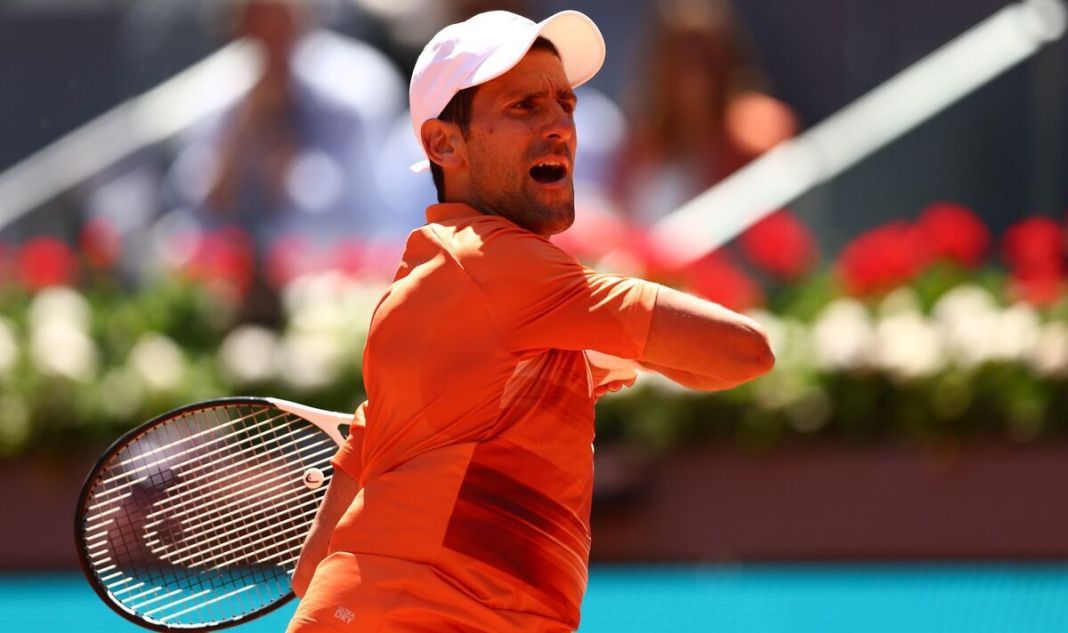 Italian Open Quarterfinals LIVE – Djokovic beat Aliassime LIVE: Novak Djokovic returned to No. 1 in the ATP Rankings Friday with a 7-5, 7-6(1) win over Felix Auger-Aliassime, guaranteeing a 370th week at the top of men’s tennis on Monday. After failing to serve out both sets at 5-3, the Serbian regrouped to close out each one in supreme style. Follow InsideSport.IN for more updates.

Djokovic will remain No. 1 in the Pepperstone ATP Rankings on Monday with his semi-final in Rome.@PepperstoneFX | #ATPRankings pic.twitter.com/fsDHjzzpLN

“I thought it was high-level tennis,” Djokovic said post-match. “He did ask me to raise the level and I had to play consistently well. I thought I could have finished the job earlier… but credit to him for fighting back. Amazing atmosphere as well tonight.”

After getting past the eighth seed in the pair’s first ATP Head2Head meeting, Djokovic still has significant milestones on his mind over finals’ weekend at Rome.

On Saturday, the Serbian seeks his 1,000th tour-level win when he meets Casper Ruud in the semi-finals. Should he advance to the final, the Belgrade native will chase a record-extending 38th ATP Masters 1000 title Sunday, one week shy of his 35th birthday.

Dropping 600 points at the beginning of this week for his runner-up finish in the Italian capital last year, Djokovic slipped to No. 2 behind Daniil Medvedev in the ATP Live Rankings. By adding 360 points for reaching the semi-finals, Djokovic has now reclaimed top spot.

Novak Djokovic will play for his

Djokovic’s quarter-final win was far from routine despite a mid-set break in each stanza. Both he and Auger-Aliassime showcased their shotmaking and movement in equal measures throughout the match, dragging each other wide with extreme angles and up to net with well-timed drop shots.

The 21-year-old showed great spirit to fight back in both sets. He broke back immediately in the first set to deny Djokovic’s attempt to serve it out, then created two break points in response to falling behind 2-4 in the second. After saving a match point on serve, Auger-Aliassime broke in his next return game to extend the contest, but could not match the World No. 1’s untouchable level in a one-sided tie-break.