The Serbian became the fifth man in the Open Era to earn 1,000 match wins when he defeated Casper Ruud in the semi-finals and he backed that up with a hard-fought display against Tsitsipas to win his first title of the season after one hour and 37 minutes.

In front of a packed crowd, Djokovic was at his absolute best as he won the first set without allowing Tsitsipas to win a single game as he sealed the set with a 6-0 victory. In the second set, he lost steam at the start as Tsitsipas broke him in the fourth game of the set to take a 3-1 lead.

Djokovic however won his next two service games to take the score to 3-5. He slowly made his way back into the game and soon broke Tsitsipas to reduce the deficit to 4-5. He then won his next service game and soon levelled the contest, letting out a roar in the process.The game then went into the tie-breaker and the world No.1 sealed the victory by winning it 7-5. 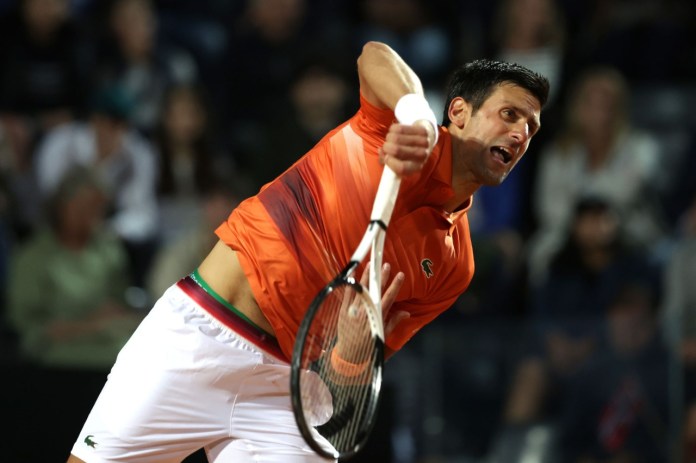 “I had a clear game plan and I knew what to expect, so I knew what I had to do, but I did play a perfect first set,” Djokovic said in his on-court interview. “After that it was a little tighter. At this level, one or two points can turn a match and he was then back in the game at 4-1 up.”

“The match could easily have gone to a third set but I managed to find the right shots at the right time to come back into the match. The tie-break I was maybe an inch better, but it was a tight, tight tie-break for both of us.”

Djokovic was appearing in his fourth straight final at the clay-court event and has now lifted the trophy in the Italian capital six times, with his first triumph coming in 2008.