- Advertisement -
- Advertisement -
Darren Sidoel (13′) opened the scoring for the Kolkata side with Semboi Haokip (80′) and Daniel Chima (90′, 90+2’P) also getting into the scoresheet. However, goals from Hector Rodas (33′, 40′), Javi Hernandez (45′), Aridai Suarez (71′, 90+4′) and Isak Vanlalruatfela (82′) left the red and yellows still winless as the Bhubaneswar-based side equal ATK Mohun Bagan with six points on top of the table.
It took under thirteen minutes for the floodgates to open. SC East Bengal started proceedings. Veteran Raju Gaikwad in one of his signature long throw-ins delivered into the box. A mistimed clearance from the Odisha defence saw the ball put in space for Sidoel, who banged into the top-right corner of the net.
Follow all ISL 2021-22 Live Updates on InsideSport.IN
Odisha had the chance to equalise soon with Nandhakumar Sekar shooting wide. However, amends were made by defender Hector Rodas. The former Levante man first nodded home a long freekick delivered from Javi where SC East Bengal defenders failed to mark Rodas’ physical presence.

The same pair that linked up again for Odisha to take the lead. Javi’s corner-kick was headed into the net by Rodas who left Raju Gaikwad for dead inside the box, making it 2-1.
It could have been a hat-trick for both Rodas and Javi in the goals and assists department but this time, Javi, the former ATK Mohun Bagan man scored a high-quality Olympic goal, curving the ball past the goalkeeper’s reach from the flag-kick before halftime.
Follow all ISL 2021-22 Live Updates on InsideSport.IN
While Javi never made it back onto the pitch post the break, Kiko Ramirez went for the offensive. Aridai Suarez and Jonathas were introduced with Mongil making way. There was a triple change for the Kolkata side at the hour mark too. Chima, Mrcela and Amarjit were brought in, shuffling in fresh legs. 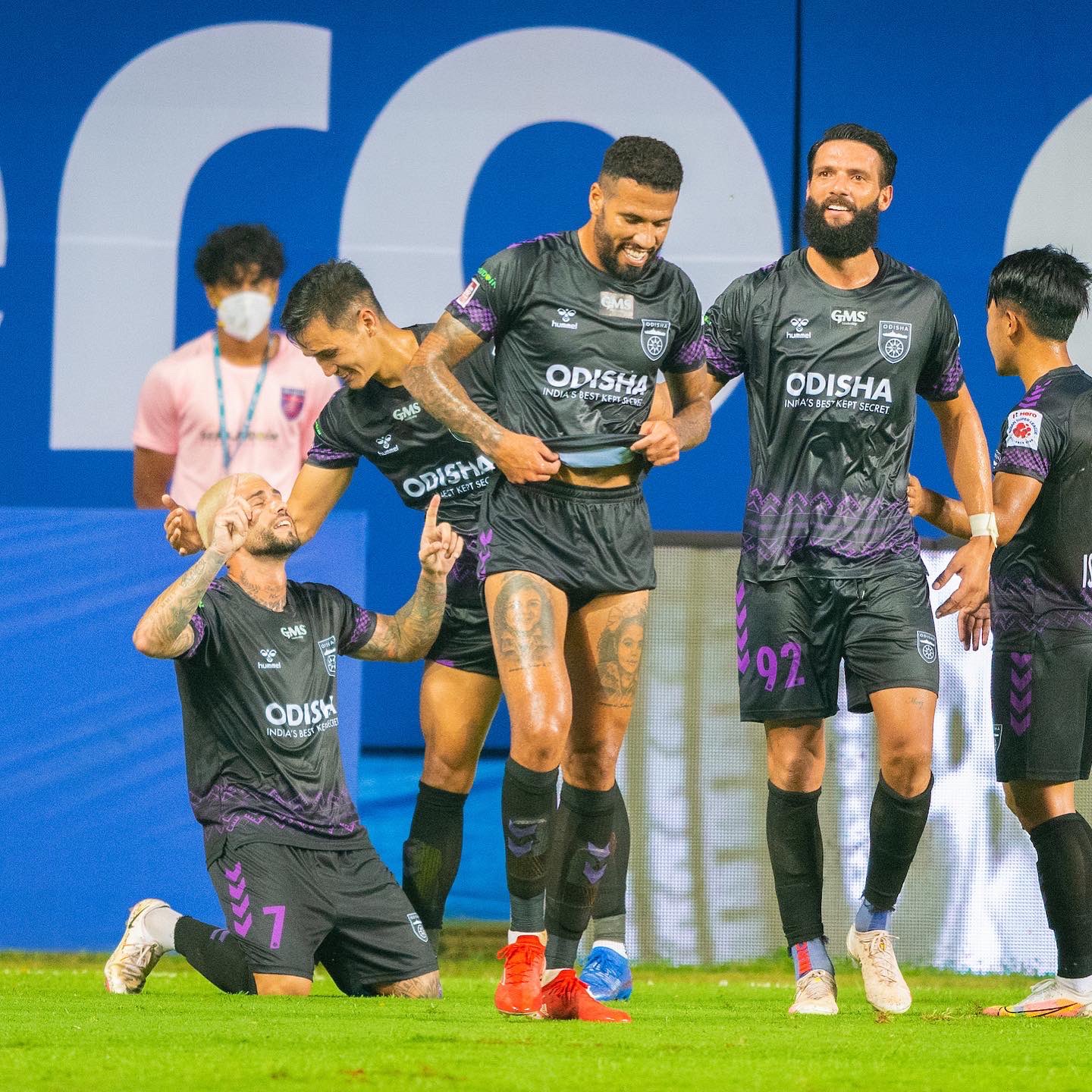