ISL 2021-22: Clinical FC Goa thumbs SC East Bengal 4-3 in a seven goal thriller: FC Goa’s woeful start to the Hero Indian Super League (ISL) 2021-22 season came to an end as they defeated SC East Bengal 4-3 at the Tilak Maidan Stadium on Tuesday. This was the Gaurs’ first win of the season while the Red & Gold Brigade continue to be bottom dwellers with no win as yet. Follow the Live Updates of the ISL 2021-22 only on InsideSport.IN

Fourteen minutes into the match, Alberto Noguera (14’) scored his first goal of the season with a long-range screamer and gave the Gaurs an early lead. Antonio Perosevic (26’) went a step better and scored a sensational equaliser with a half-volley from a similar distance. The attempt hit the right-sided post and deflected inside the net, giving Dheeraj Singh no chance.

Saviour Gama and Seriton Fernandes both received yellow cards in the first half for poor challenges. Jorge Ortiz (32’) then regained the lead for his team by opening his account for the season from the penalty spot after Seriton was fouled inside the box.

Amir Dervisevic (37’) equalised the second time for the Red & Gold Brigade from a free-kick which caught the goalkeeper off-guard. Antonio Perosevic’s own-goal (44’) handed the lead to the opposition for the third time following Devendra Murgaonkar’s header deflecting into the net after hitting the Croatian.

The second half started on a much slower pace until Perosevic (59’) found the back of the net yet again. He scored from a one-on-one situation following an unforced error from Glan Martins which provided the striker with time and room to pick his target. Adil Khan received a yellow card after the hour mark who came on as a substitute at halftime. 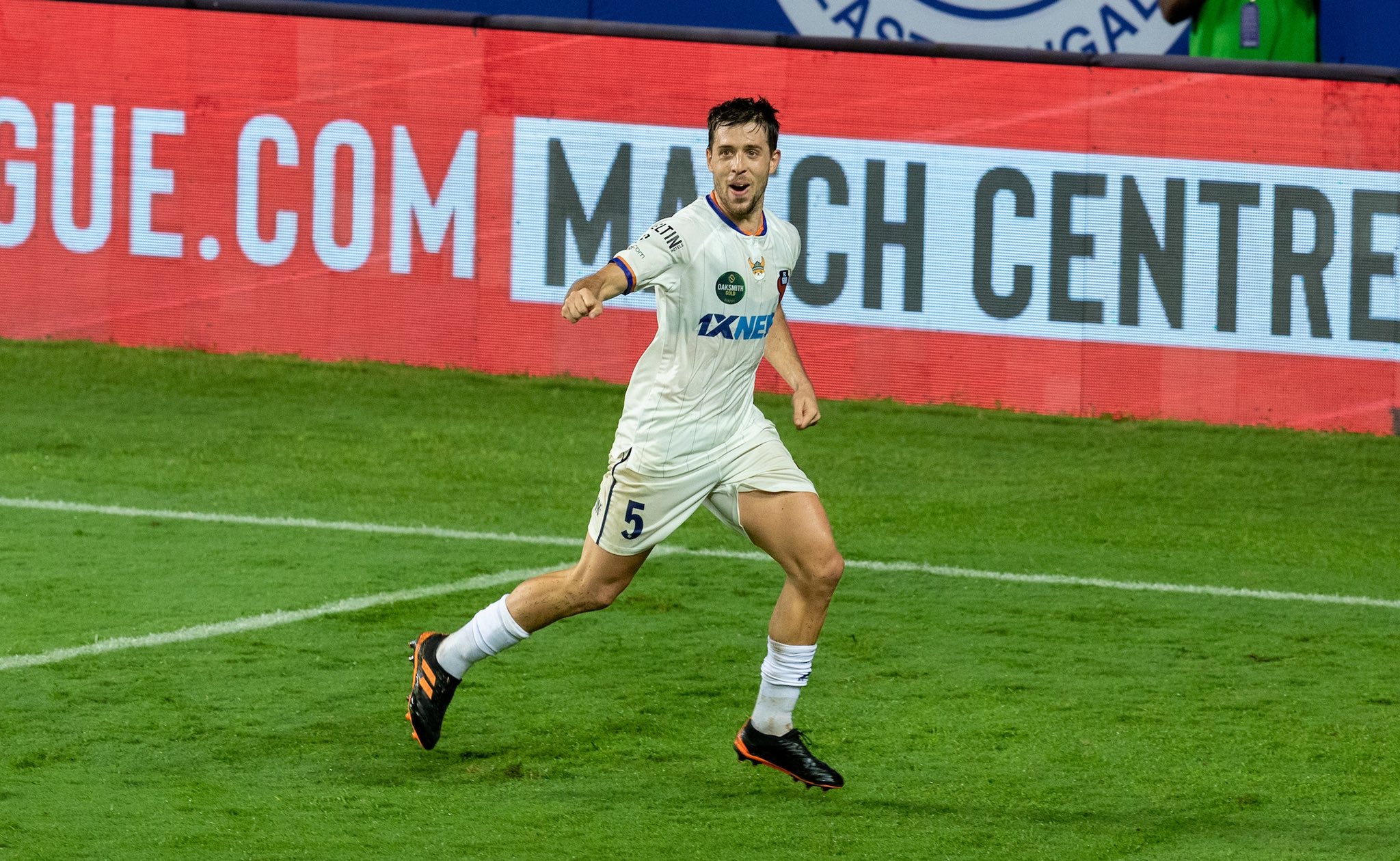 Noguera (79’) scored FC Goa’s fourth and bagged his brace after latching on to a low cross from Ortiz. The Spaniard collected the ball in his stride and placed it towards the left side of the advancing goalkeeper. Raju Gaikwad then received a yellow card as well late into the game.

The fourth goal was enough to be the difference-maker as Juan Ferrando’s men held on to the one-goal lead to record their first win of the season. The defeat means that Manolo Diaz’s men are the only team yet to win their first match of the campaign.

FC Goa is up against Bengaluru FC in their next fixture at the Athletic Stadium in Bambolim on Saturday whereas SC East Bengal will face an in-form Kerala Blasters FC at the Tilak Maidan Stadium on Sunday.

- Advertisement -
Share
Facebook
Twitter
Pinterest
WhatsApp
Previous articleSachin Tendulkar’s heavy bat one of the major reasons behind his success, says Mohammad Kaif
Next articlePKL 2021-22 TAMIL THALIVAS: All you need to know about the Tamil Thalivas – Full Squad, Schedule, Coach, Skipper and the Top 5 players to watch out