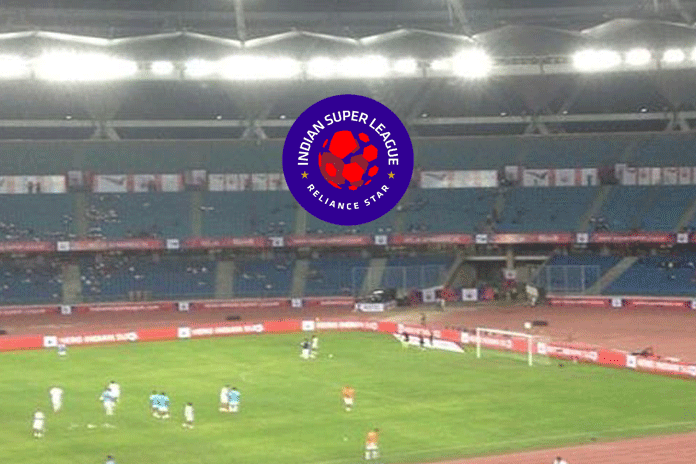 The Indian Super League stakeholders, who have collectively garnered ₹200 crore from sponsorship sales last season, are 30-40% short of that number as the new season is yet to start.

Among the ISL central sponsorship pool, the league organisers have so far been able to sell only two of the five associate sponsorship categories. The Indian Super League last season had created a sort of records with the ₹ 160 crores, three-year extension deal with sponsors Hero Motocorp. A year later, the ISL team is fighting hard to sell the Associate Sponsor category slots.

A majority of the 10 IPL franchisees too are struggling to meet their revenue targets. “Inventory that was sold for ₹75 to 80 lakhs is available for half the price now and the buyer is missing,” a leading media buyer confirmed to insidesport.co. “It’s not that other properties are having a great time. But ISL is turning out to be a very weak property this year.”

“If you see the first four years’ claims about the numbers, the league had reported a steady year on year growth to reach an approximate ₹ 200 crores from ₹ 50-60 crore in the first season. Given the scenario this year, the sponsorship revenue aggregate may fall  by ₹ 70 to 80 lakh.”

Mumbai City FC and ATK, previously Atletico de Kolkata, and are yet to announce their title sponsors. Mumbai City FC chief executive Indraneel Das Blah told insidesport.co that the club was yet to announce their title sponsor. “We will make the announcement (about the title sponsors) soon,” Blah said, while accepting that some inventory still needs to be sold. “We have closed 80% of our sales. There is just one slot left and we will close that ahead of our first game on October 2.”

Among all the franchisees, Bengaluru FC is the most comfortably-placed team in terms of sponsorship sales. The JSW Group-owned ISL franchisees go into the 2018-19 league season with 17 brands  – Kingfisher has joined JSW as the second Principal Sponsor. SF Sonic Batteries, Puma, Epson and Jio Digital Life are the four associate sponsors. Chennaiyin FC, with Apollo Tyres and Jio Digital Life as Principal Sponsors, too, have 15 brands on the sponsorship roaster.

One of the most popular sport globally, football in India has a long way to attain the desired acceptance that can ensure the success of a commercial sports venture. “It is a genuine challenge to sell football sponsorships in India,” says Shaji Prabhakaran, Football Delhi president and a veteran football administrator. “Club CEO’s are under pressure to meet the financial demands of the seven-month league. That makes price tags higher. Besides, we face a continuous and consistent pressure from cricket. The brands often look to pick and choose from cricket properties, which give them flexible options. Immediately after the Asia Cup, there is West Indies series and then India’s tour of Australia. That process continues.”

The weaker economy and poor market situation too has added to ISL’s financial woes. “It is not just about the ISL. Broadcasters are also are struggling and running around with their Diwali inventory,” adds the media buyer.

“ISL can only strengthen its economy by filling the stadium. Most of the venues wear a deserted look during the league broadcast. Kolkata and Kerala are two good exceptions. Crowd at the venue is not just about the game money. The significance is much, much bigger. It is a bigger indicator of an event’s mass acceptance and audience than any BARC numbers or TAM ratings.”