Bangalore, led by Faf du Plessis after Kohli stepped down, sneaked in as the fourth side to make the final four after Delhi Capitals went down to wooden-spooners Mumbai Indians on Saturday.

With eight wins in 14 league matches, Bangalore entered the play-offs for the third time in a row in the Indian Premier League, and will play Lucknow Super Giants in the eliminator on Wednesday.
Also read IPL 2022 Playoffs: MI’s win sparks wild celebrations in RCB camp, Virat Kohli thanks Rohit and Co., says “We’ll forever remember this” – check out 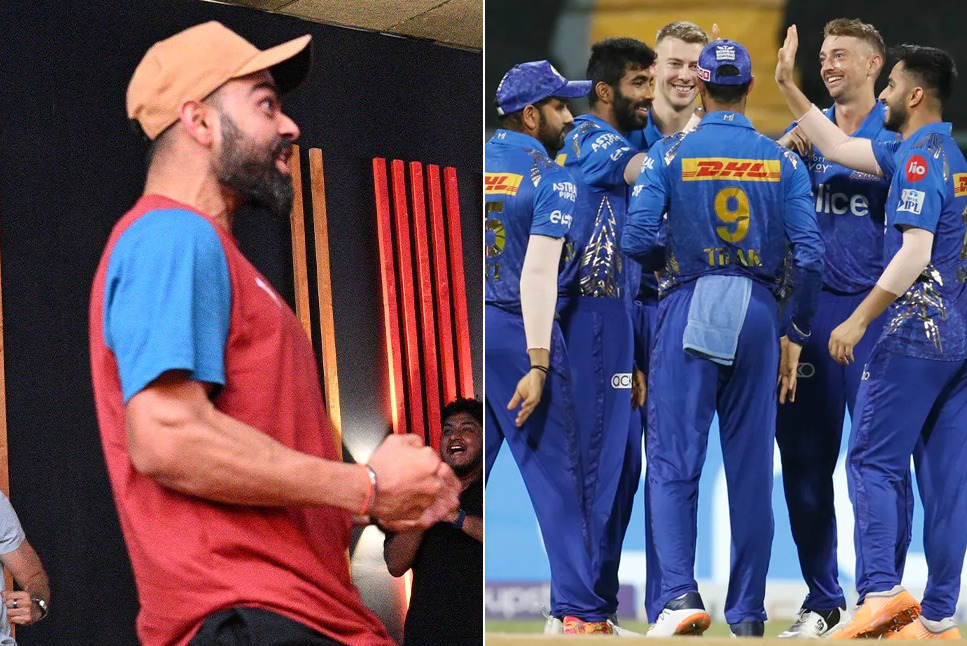 Kohli, who bounced back from three golden ducks this season with a match-winning 73 in his team’s last league game, tweeted “Kolkata” — venue of the eliminator — after Mumbai’s victory.

“It was unbelievable, the emotions in the changing room were unbelievable,” Kohli said after he and the rest of the team watched the Mumbai-Delhi game on TV.

“Thank you Mumbai, will remember this for a long time,” he said.

Du Plessis said, “The last game we played we felt almost like we played our best game of cricket of this campaign so far and that’s how you want to enter those knockout stages.

“We needed someone to do us a favour in Mumbai so we’re really thankful for that but obviously, now the work starts again.”

It has been a topsy-turvy 15th edition of the IPL, held in India for the first time in its entirety since the pandemic but in just two cities — Mumbai and Pune — and with limited spectators.

Five-time winners Mumbai — led by Kohli’s replacement as India captain Rohit Sharma — had a shocker, ending bottom of the table with 10 losses.

Also keeping up the rear were defending champions Chennai, led by M.S. Dhoni, who finished ninth in a season of surprises.

Winning the IPL would be a welcome success for Kohli, 33, after a torrid year that saw him replaced as Indian captain and fail to score a century in more than 100 matches in all formats.

For all his exploits for India, he has never won the IPL title since joining Bangalore before the inaugural contest in 2008, including as captain between 2013 and 2021.
Before Sunday’s last league game — a dead rubber between Hyderabad and Punjab — Kohli was a lowly 25th in the batting table, with fewer than half the 629 runs of top-placed Jos Buttler.

Commentators said that the usually prolific batsman looked “overcooked” and needed a break, but Kohli thanked his fans for the backing he got this IPL season.

“It has been wonderful that I have got so much support in this edition,” Kohli said after his team’s win over Gujarat Titans in their last league match.

“I am forever grateful to all the love that I have never seen before.”

Crowds will return to full capacity for the four play-offs in Kolkata and Ahmedabad after Pune and Mumbai were only allowed to fill 50 percent of seats in the league stage.

Top-placed Gujarat, one of the two new franchises alongside Lucknow in the expanded 10-team IPL, will meet second-placed Rajasthan Royals in the first qualifier on Tuesday.

The winner will directly reach the final — set for May 29 — while the loser will clash with either Bangalore or Lucknow in qualifier two on Friday.

The first two play-offs will be played at Kolkata’s Eden Gardens and the next two including the final at the world’s biggest cricket stadium in Ahmedabad.