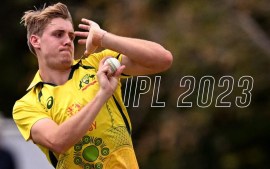 IPL 2022: Virat Kohli finally looks like he has regained his form with the bat. The former RCB skipper registered his second…

IPL 2022: Virat Kohli finally looks like he has regained his form with the bat. The former RCB skipper registered his second fifty of the season off just 33 deliveries against Gujarat Titans on Thursdat at the Wankhede Stadium in Mumbai. Follow InsideSport.IN for more updates.

Virat Kohli who was struggling with his form throughout the season looked in a good touch with the bat while chasing a total of 169. Opening the batting along with Faf du Plessis, Kohli started showing his intent right from the start of the innings as he slammed couple of boundaries off Mohammad Shami in the third over of the innings to get into the groove.

Unlike other matches where he started his innings slowly and cautiously, Kohli was at his free-flowing best in this innings as he managed to find boundaries in every over. Kohli was however given a reprieve early in the innings as he was dropped by Rashid Khan at deep-midwicket boundary, when he was at 16. The dropped catch resulted in a boundary.

It was a blessing in disguise for Kohli as he utilised the opoortunity and continued to score big. He reached his second fifty of the season in style by hitting a six over deep-midwicket off Rashid Khan in the first ball of the 10th over.

This is Kohli’s second half-century of the season. His first one too came against Gujarat Titans earlier this season. With the knock, Kohli also became the first player to score 7000 runs for RCB.

Most runs for RCB

Kohli’s innings came to an end in the 17th over of the innings, when he tried to hit big against Rashid Khan by coming down the track. He however missed a googly and was stumped by Matthew Wade. Kohli walked back after scoring 73 runs off 54 deliveries. 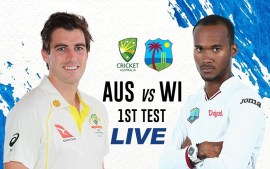