IPL 2021 Phase 2 – England Players in IPL: It seems the BCCI has again weaved some magic. This time on England…

IPL 2021 Phase 2 – England Players in IPL: It seems the BCCI has again weaved some magic. This time on England & Wales Cricket Board. According to the information coming in from UK, the major roadblock in form of England players participation in IPL 2021 Phase 2 in UAE is set to be removed. The tour of England team to Bangladesh according to reports is all set to be postponed.

This means England players will now be allowed to play IPL 2021.

IPL 2021 Phase 2 – England Players to Play IPL: According to a report by The Daily Telegraph, England vs Bangadesh 3 Match T20 & 3 Match ODI series is all set to be postponed. The report claims that official announcement in this regard will be made soon and the development will allow England cricketers to play in IPL 2021 Phase 2.

The answer most probably is yes.

The report says, presence of English players in the latter stages of this year’s IPL is likely to strengthen relations between the BCCI & ECB and the English board hopes that BCCI will reciproacte their gesture to allow Indian players for The Hundred.

“It’s an ongoing conversation. We always have conversations with the BCCI about how we can work better together, how we can work closer together. One of those things is how can we make sure our brilliant talent is available for IPL and maybe your brilliant talent is available for the Hundred.” Sanjay Patel, the managing director of the Hundred, told Telegraph Sport last month.

Ultimate confirmation of the news about the tour of Bangladesh will be made by the Bangladesh Cricket Board, the home board responsible for overseeing the series.

Meanwhile the Indian Board had two weeks already had announced the schedule for the remainder of the VIVO IPL 2021 which will be held in the United Arab Emirates (UAE).

A total number of 31 matches will be played in the duration of 27 days.

The 14th season, which was postponed in May this year in the wake of the pandemic, will resume on 19th September in Dubai with a blockbuster clash between Chennai Super Kings and Mumbai Indians.

Final game of the league stage will be played between Royal Challengers Bangalore and Delhi Capitals on 8th October. 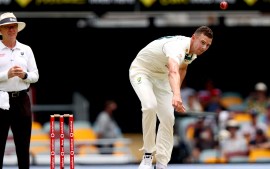 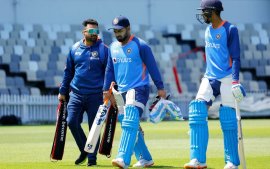