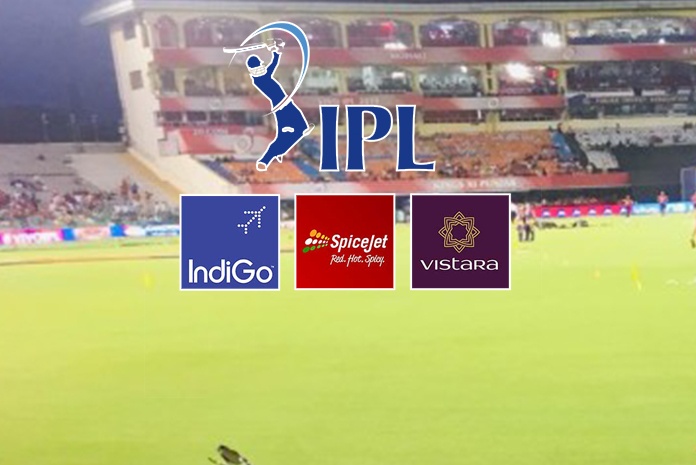 The Indian Premier League (IPL 2020) teams have already started flying out to UAE. Some of the teams like Kolkata Knight Riders, Rajasthan Royals and Kings XI Punjab have already landed in UAE and few others like Chennai Super Kings, Mumbai Indians, Delhi Capitals will be reaching UAE today.

In these Covid-19 times, all the team management have booked Chartered Flights for their squads and that too with one airline. Vistara is chartering all the teams flying to the UAE to take part in the IPL.
According to a report, Vistara along with the other Indian airlines Indigo and SpiceJet offered their chartered services to fly teams to UAE. But teams have preferred Vistara airline, a joint venture between Tata Sons and Singapore Airlines. Vistara already has flown Kolkata Knight Riders, Rajasthan Royals and Kings XI Punjab on Thursday and will be flying MI, DC & CSK teams.
“We decided to book Vistara because of the bigger aircraft and business class flying experience mandated by BCCI for the players”, said Rajasthan Royals representative.
“Vistara is doing one-way charter for all the teams. They are either flying to Dubai or Abu Dhabi, according to their schedule,” a representative of the airline told Moneycontrol.

Most of the teams will be flying from Delhi & Mumbai airports. CSK is the only team which has booked a charter for the team from their home city of Chennai and will be flying out on Friday @ 2.45 PM.

“We will be flying @ 2.45 PM by our chartered flight. We are all geared up for great IPL 2020 for CSK”, said K. Vishwanath, CEO of Chennai Super Kings.

For Vistara, the contract to charter IPL teams will a good push as all airlines are vying for any opportunity to improve cash flows. Though domestic flights resumed on May 25, and later the government allowed private airlines to operate repatriation flights, traffic demand has been subdued. Vistara’s market share in the domestic market fell to 5.8 percent in the June quarter, from 6.4 percent in March.

The 13th edition of the Indian Premier League (IPL 2020) has released a new logo for the IPL tournament in UAE.

Meanwhile IPL Governing Council has released a new logo for IPL 2020 featuring Dream11. IPL took to Instagram to share a story with a picture of the new logo, with the hashtag “#Dream11IPL”, and asked fans how they liked it. Defending champions Mumbai Indians, who will be playing the first match of the upcoming season on September 19 in the UAE, also shared the logo on their Instagram, and wrote: “Now taking guard, #Dream11IPL”

After DLF, Pepsi, VIVO – Dream11 is the 4th brand which has got themselves associated with the world’s biggest and lucrative cricket league. Dream11 outbid Byju’s, Unacademy to win the title sponsorship rights of IPL 2020 and will be paying Rs 222 crore.

Under the deal with Vivo, BCCI were receiving Rs 440 crore per year.