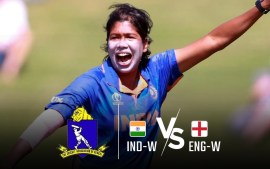 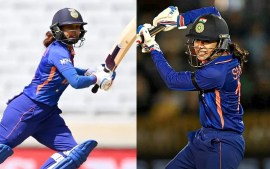 India’s Record at Old Trafford: After Oval, will Virat Kohli’s Indian team breach England’s fortress at Manchester, ground where they have never beaten the hosts

India’s Record at Old Trafford – IND vs ENG 5th TEST: Virat Kohli’s Team India is riding high on confidence after claiming two historic Test wins at Lord’s in the second Test against England and at Oval in the fourth Test of the five-match Test series. Team India is leading the series 2-1 at the moment with one Test match to go. England will aim to level the series with a win at Old Trafford while Virat Kohli’s side has a bigger task in hand of defeating England at their fortress. India and England have faced each other nine times at The Old Trafford, Manchester, India have not managed to win a single Test in it.

From the dressing room, we get you unseen visuals & reactions post an epic win from #TeamIndia at The Oval 👍 👍 – by @RajalArora

India’s Record at Old Trafford – IND vs ENG 5th Test: India played nine games against England at The Old Trafford, Manchester out of which four went in favour of England while the rest of five ended in a draw.

What a comeback! Historic win for Team INDIA at Oval after 50 years. 🇮🇳❤
Gabba ✅
Lord’s ✅
Oval ✅
Onwards and upwards.#ENGvIND pic.twitter.com/aJlgb97wwt

Earlier, Team India also broke the Gabaa jinx where Australia faced defeat at the Brisbane after 32 years. Rishabh Pant was the star performer for India in that game where he scored match-defining 89 runs 132 balls.

Overall, India has made it a habit of breaking big records and surprising oppositions with their incredible performance.

IND vs ENG – Players to watch out for

The last time India and England player on this ground, Team India faced an embarrassing defeat by an innings and 54 runs in 2014. R Ashwin scored 40+ runs in both innings while for England Joe Root and Jos Buttler scored the fifties. Moeen Ali was also effective on this pitch as he had picked three wickets to contribute to England’s win.