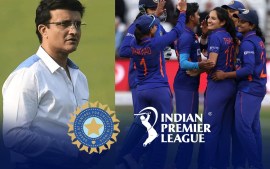 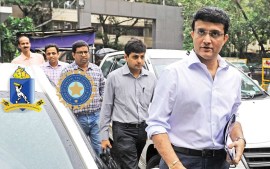 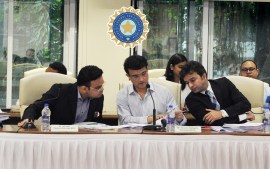 Indian Cricket Sponsor: BCCI vs Byju: After a report stating Byju owing a sum of around 86 crore to the Board of…

By  inside sportnews July 22

Indian Cricket Sponsor: BCCI vs Byju: After a report stating Byju owing a sum of around 86 crore to the Board of Control for Cricket in India (BCCI), there were lot of murmurs in the corridors of the country’s cricket board. The news immediately grabbed huge attention. And now, BCCI made a U-turn on the matter, stating that there are no pending dues from Bjyu, who is the India cricket team jersey sponsor. Follow India cricket updates with InsideSport.IN

The latest development might came to light on Friday only. In fact, a Times of India report explained about the entire scenario. The BCCI has also agreed that the Byju has made all its past payments.

“The money pending is for the number of matches after the contract expired and while the new contract is ready, it hasn’t been signed yet. So, the pending amount can only be released once the contract is signed,” TOI quoted industry sources as saying when quizzed about the 86-odd crores.

Interestingly, Bjyu is awaiting a renewal of their team sponsorship contract and is expected to be finalised soon. It was in 2019 that the Byju came on board as the new sponsor of India team jersey, replacing Oppo.

But the thing to note is, all said and done, the new contract hasn’t been signed yet by both parties.

But what has upset the BCCI is how things got leaked soon after the Apex meeting council on Thursday. At a time when top sporting bodies in India are falling into trouble for various matters, such kind of money talks does not help the case for BCCI.

“At a time when the BCCI wants the Supreme Court to look at it as a body that functions as per the constitution and is clear of any wrongdoing, such news report doesn’t help. The BCCI needs to clear the air here because these kinds of news reports just does not harm their ecosystem, but harm the reputation of their partners as well,” the report further quoted people in the knowhow.