Chirag and Manu, along with two doubles players Treesa Jolly and B. Navaneeth got tested in Hyderabad and returned positive. Chirag with partner Satwiksairaj Rankireddy are seeded 2nd & Manu in the company of Sumeeth Reddy is seeded 5th.

Chirag Shetty, Attri Doubtful ? The BWF guidelines make it mandatory for players to share their negative test report before reporting for the event. They will undergo RT-PCR test on Monday and report in the test will determine whether can play or have to withdraw from the event.

India Open 2022 is all set to kick off from January 11 and will go on till January 16 at the KD Jadhav Indoor Hall at the Indira Gandhi Stadium in New Delhi despite the rapidly rising COVID-19 cases in the country’s capital.

The 10th edition of the tournament, which is being held after a gap of two years following the COVID outbreak in early 2020, will see participants from 19 countries across five categories vying for the prize purse. The foreign players as well as Indian players, ranked under Top-25 in the world, will be staying at the same hotel. Organised by the Badminton Association of India (BAI), the USD 400,000 prize money Super 500 event, will kickstart the 2022 BWF World Tour season.

India Open Badminton LIVE: All the participating players will be taking the necessary safety precautions right from their arrival in New Delhi as per protocol and will be tested every day at the hotel and from there they will be having shuttle buses to come to the stadium, play matches, and go back to the hotel again.

“All the players, as well as the tournament, match officials, BWF and BAI officials, support staff, vendors, and others involved, will have to go through a mandatory COVID test each day outside the stadium, and only after being tested negative they will be allowed inside the venue. BAI will not compromise on the safety of the players as well as others involved and will be following all the COVID-19 guidelines given by the government,” BAI in a statement has said.

Media and spectators will not be allowed inside the venue. Notably, ahead of the tournament Indian shuttlers B. Sai Praneeth and Dhruv Rawat have pulled out after testing COVID-19 positive.

On Sunday, BAI also informed that the England badminton contingent will not be part of the India Open after the country’s doubles player Sean Vendy and coach Nathan Robertson tested positive for COVID-19.

India Open Badminton LIVE: While, the two-time Olympic medallist and India’s shuttle queen PV Sindhu will lead the charge in the women’s singles section which also has the likes of two-time champion Saina Nehwal, Thailand’s Busanan Ongbamrungphan, and Singapore’s up and coming Jia Min Yeo. 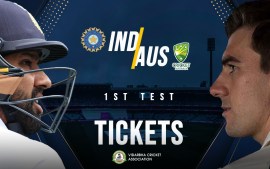 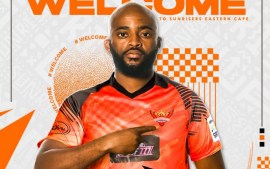