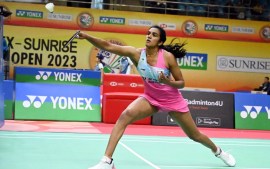 India Open Badminton: PV Sindhu knocked out of tournament in first round,… 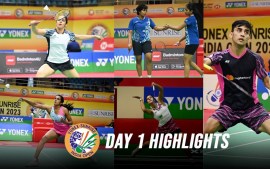 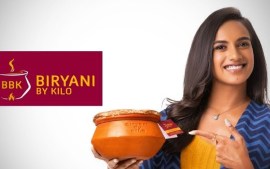 6:50 PM: “My experience helps me stay calm rather than getting overawed by the big occasion,” says Mary Kom.

Come, let us all #Cheer4India!

Caught a few glimpses of the @Tokyo2020 Opening Ceremony.

6:20 PM: This is Team India‘s 25th appearance at the #Olympics. This is also the biggest ever Indian team at the Olympics.

6:10 PM: I would like to wish all the best to all the athletes and advice them to play without any stress and give their best: First Indian Woman Olympic Medalist

I would like to wish all the best to all the athletes and advice them to play without any stress and give their best: First Indian Woman Olympic Medalist @kmmalleswari#Cheer4India #TokyoOlympics2020 pic.twitter.com/6LWucwzavk

6 PM: Back home, Sports Minister Anurag Thakur was seen waving the Indian flag as the Indian contingent made its way into the stadium.

5:50 PM: Twenty-five members from the Indian contingent attended the Opening Ceremony amid the COVID-19 concerns in the Japanese capital. Ankita Raina was added to the list of players who attended the event on Friday evening while Manika Batra and Sharath Kamal from the Table Tennis team did not attend the Ceremony. Amit, Ashish Kumar, Mary Kom were among the eight boxers who were present at the function along with six Indian officials.

5:45 PM: Even though the Opening Ceremony kicked off, protestors took to the streets to voice their unhappiness of the Games going ahead in Tokyo.

5:40 PM: This year’s Olympics will feature a record 33 sports comprising 339 events. The initial video which kicked off the ceremony showed Tokyo’s elation at winning the bid to host the Games and then the stadium went into darkness as the 2020 event had to be postponed due to the Covid-19 pandemic.

For the second time in history, the #Olympics will welcome the @RefugeesOlympic Team #UnitedByEmotion | #StrongerTogether | #Olympics pic.twitter.com/UHcKU59NiU

Here they are 💪#TeamIndia at the #OpeningCeremony of #Tokyo2020 #Olympics pic.twitter.com/8K49eWliqF

5:20 PM: Moment of silence held at Tokyo Olympics. Tributes were paid to those lost during the pandemic

These Olympic Rings were crafted with wood grown from trees that were planted by athletes 5⃣7⃣ years ago when the #Olympics first came to Tokyo🌳#StrongerTogether | #OpeningCeremony #UnitedByEmotion pic.twitter.com/Z1n0HCNK5h

5:10 PM: Team India is ready for the March past at the Opening Ceremony

#TeamIndia is ready for the March past at the Opening Ceremony of #Tokyo2020 #Olympics #Cheer4India pic.twitter.com/asJKuvVqoy

Apart, but not alone.

With the emergence of COVID-19, many athletes had to train for this moment in isolation. But they were always connected by their hope and shared passion. ❤️#StrongerTogether #OpeningCeremony pic.twitter.com/7teAvhljXe

5 PM: Japan’s Emperor Narahito has arrived, greeted by the president of the IOC, Thomas Bach. As per BBC, there are estimated to be around 1,000 or so people in attendance – diginitaries and delegates.

I wonder what this is? 🤔#Tokyo2020 | #Olympics | #UnitedByEmotion | #StrongerTogether pic.twitter.com/o9FSbae0DP

The writing’s on the… floor #Tokyo2020 #OpeningCeremony#UnitedByEmotion | #StrongerTogether | #Olympics pic.twitter.com/VLTSZAa3wx

The light show at the #Tokyo2020 #OpeningCeremony

What do you see in the lights? 👀#UnitedByEmotion | #StrongerTogether | #Olympics pic.twitter.com/PKu3YGGY76

4:50 PM: The Japanese flag has entered the Olympic stadium

The Japanese flag🇯🇵 has entered the Olympic stadium 🏟️ at the #Tokyo2020 #OpeningCeremony#UnitedByEmotion | #StrongerTogether | #Olympics pic.twitter.com/WjcL2zeX8U

All set for #OpeningCeremony #TeamIndia is all ready! 🙌 #Olympics pic.twitter.com/mw8yChwjGd

Our shuttlers will #Cheer4India from their rooms as 🇮🇳 contingent marches at Main Olympic Stadium, Tokyo for @Tokyo2020 opening ceremony lead by @MangteC & @manpreetpawar07 👏🏻

4:10 PM: For the first time in #Tokyo2020, all National Olympic Committees have been allowed 1 female & 1 male athlete as flagbearers at the Opening Ceremony. Unfortunately, some could not use this opportunity due to travel complexities & period of stay limits.

4 PM: Hundred of people have gathered outside the Olympic stadium ahead of the Tokyo Olympics for a glimpse of the opening ceremony as the event is being conducted without spectators amid COVID-19 pandemic. As per news agency AFP, only a few hundred dignitaries and officials will be allowed into the 68,000-capacity venue to watch the opening extravaganza

For more sports news and Tokyo Olympics updates, follow us at insidesport.co 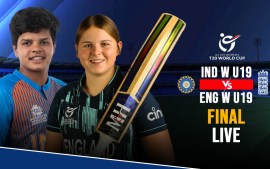 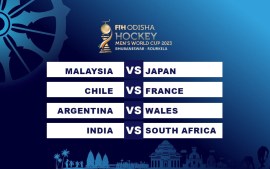