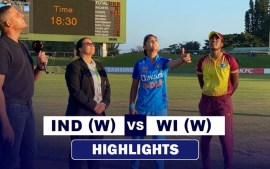 A solid show with the bat 👍

An impressive display with the ball 💪#TeamIndia beat West Indies by 81 runs in the #CWC22 warm-up game. 👏 👏 #INDWvWIW

Shemaine Campbelle was the top scorer for West Indies while Hayley Mathews contributed 44 runs. Other batters fell like a pack of cards in the second warmup game of ICC Women’s World Cup.

Chasing 259, West Indies got off to a bad start as the side lost opening batter Deandra Dottin (1) in the fourth over bowled by Meghna Singh. Aaliyah Alleyne (12) and Stafanie Taylor (8) were then sent back to the pavilion by Pooja Vastrakar and Windies were reduced to 43/3 in the 17th over. Hayley Matthews (44) and Shemaine Campbelle (63) revived the Windies innings as the duo put on 69 runs for the fifth wicket, however, this stand came to an end in the 38th over as Meghna Singh dismissed Matthews, reducing Windies to 122/5.

Earlier, Team India won the toss and elected to bat against West Indies women. The likes of Smriti Mandhana and Deepti Sharma smashed the fifties to ensure India took the right decision. Yastika Bhatia chipped in with 42 runs while captain Mithali Raj contributed crucial 30 runs. However, India women got bowled out for 258 runs. The likes of WI-W bowlers Cherry-Ann Fraser, Karishma Ramharack and Hayley Matthews took a couple of wickets each.

India will have something to be proud of after their ODI series disaster in New Zealand. In their first ICC Women’s World Cup warm-up match against South Africa, the Indian eves registered a 2 run victory. India women are playing West Indies Women team in the second and final warm-up game before the much anticipated ICC Women’s World Cup tournament.

Previously India suffered a humiliating 4-1 loss at the hands of New Zealand in the 5-match ODI series. The Indian Women’s team saved their blushes by winning the last game to save themselves from a humiliating clean sweep by the Kiwi opponents.

India who would be chasing their maiden title this year will be desperate to bid a fitting goodbye to the legends like Mithali Raj and Jhulan Goswami who would be playing their last world cup this year.

In their first warm-up game against the Proteas Women, Indian women batted first and registered a score of 244-9 after 50 overs with vice-captain Harmanpreet Kaur scoring a brilliant 103 and Yastika Bhatia scoring a much deserving half-century. Chasing the moderate target South African women fell short by 2 runs. Sune Luus’s 86 and Laura Wolvaardt’s 83 knocks were not enough to ensure their victory as the Proteas came close. Rajeshwari Gayakwad was the chief architect for India after scalping 4 wickets.

Another controversy erupted after the match when the ICC showed that the South Africa Women the game by 4 runs. Later, the scoreline was changed and the victory was handed to the India eves. While India will approach this game with a win on their back, the Caribbean will be eager to win after losing their first warm-up game at the hands of the Aussies. West Indies failed to achieve the target of 260 set by Australia. West Indies women scored 169-9 after 50 overs and effectively lost the game with 90 runs. 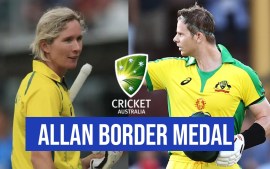 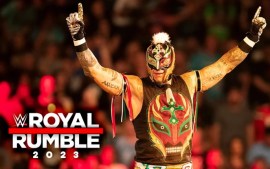