IND vs NZ LIVE: Only LEGENDS to handover INDIA CAP to youngsters in Dravid’s coaching era: There is no greater feeling than getting the debut cap for any cricketer. Ask Sachin Tendulkar or Steve Waugh. After so long, they will still remember their first match. Current India head coach Rahul Dravid has tried to make it even more memorable. He has restarted the tradition of handing over debut caps by former India stars. On Thursday, Shreyas Iyer received his cap from Sunil Gavaskar, hinting at the return to the good old days. Follow India vs New Zealand 1st Test Live updates on InsideSport.in.

Usually, an Australian tradition, former India coach Anil Kumble popularised the concept of handing over debut caps by former India stars. But under Ravi Shastri, he changed it to the Indian way, by former India players, including the captain.

Under Ravi Shastri’s era, Axar Patel and Hanuma Vihari made their debut and India skipper Virat Kohli handed the caps to both players.

Under Anil Kumble, only four players might have made their debuts. But he tried to make it memorable. Jayant Yadav and Karun Nair received their debut caps from Ravi Shastri and Sunil Gavaskar respectively. 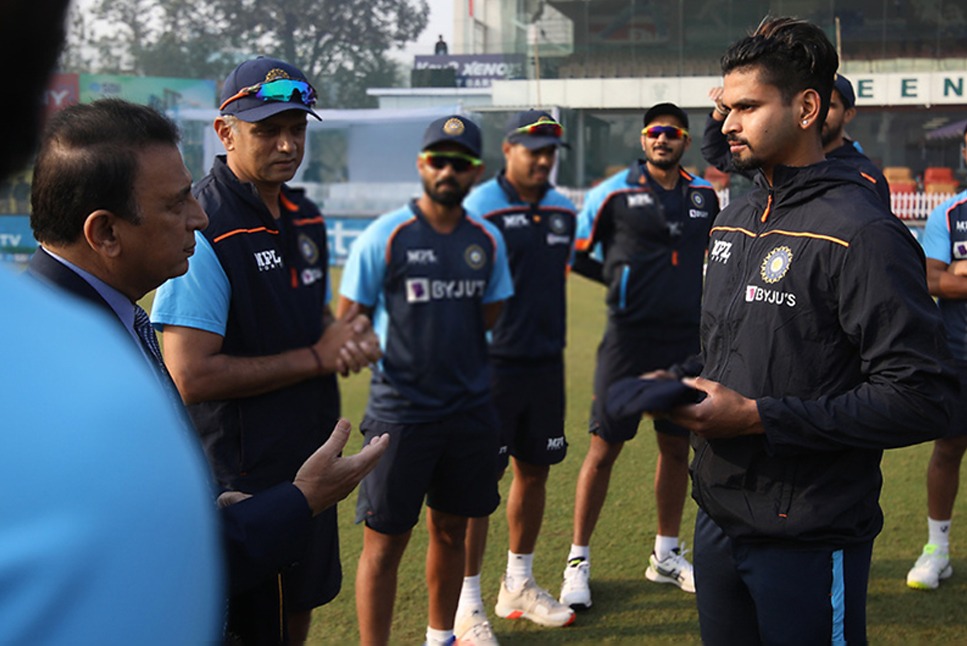 Earlier, in the T20I series, Ajit Agarkar gave India’s cap to Harshal Patel who made his debut in the 2nd T20I against New Zealand.

🎥 🎥 Congratulations to @HarshalPatel23 who is set to make his #TeamIndia debut. 👏 👏@Paytm #INDvNZ pic.twitter.com/n9IIPXFJQ7

Meanwhile, India are off to a good start after skipper Ajinkya Rahane opted to bat first. Shubman Gill scored his 4th Test half-century after returning to the Test side since the England series at home. However, Mayank Agarwal failed to impress as India posted 82/1 at Lunch in Kanpur on Day 1.

For more sports news and live updates follow us at InsideSport.in

IND vs ENG Live: Shardul Thakur relishes playing under tough situations says, England is one of his favorite places to play cricket – Watch...