IND vs NZ 2nd Test: India’s record at Wankhede Stadium: The iconic Wankhede Stadium in Mumbai is all set to host a Test match after a gap of 5 years. The venue has been host to many thrilling encounters in the past and is ready for another exciting clash when India will lock horns with New Zealand in the 2nd and final Test that begins on December 03. Follow InsideSport.in for more updates

With the Kanpur Test ending in a draw, both – India and New Zealand will leave no stone unturned to win the match and seal the series. While it can be a historic moment for New Zealand to win a Test series on Indian soil, India will be aiming to continue the dominance over the Kiwis at home conditions.

The last time India played at the venue was back in 2016 when they registered an innings and 36 runs win over England.

IND vs NZ at Wankhede Stadium:

As far as India vs New Zealand meeting at Wankhede is concerned, both teams have met twice and have registered one win each.

Wankhede Stadium Pitch: The pitch has traditionally been a belter i.e., suits batsmen more than the bowlers. However, the red soil ensures that there is some purchase for spinners especially during the last couple of days of a Test match.

25% crowd allowed at Wankhede Stadium: The Maharashtra Government has allowed only 25 per cent capacity of spectators for the second Test between India and New Zealand. However, as per reports, MCA is in talks to push it to a 50% crowd capacity.

IND vs NZ 2nd Test Wankhede Stadium Tickets: With just 25% crowd allowed by the Maharastra Government, all tickets have already been sold. The online ticket sale started yesterday around 4 PM and immediately all seats were booked. Fans can keep a check on Bookmyshow or the Paytm app if the government increases the allowed crowd capacity. 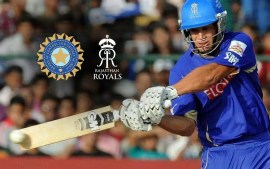