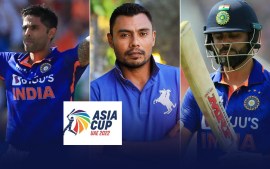 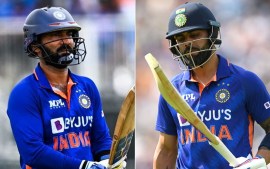 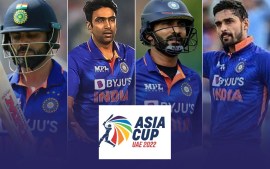 IND vs ENG: Virat Kohli vents out frustration after his dismissal at Oval; Check video

IND vs ENG: Virat Kohli vents out frustration after his dismissal at Oval; Check video: Indian skipper Virat Kohli seemed visibly frustrated after losing his wicket in a soft dismissal to Moeen Ali’s bowling during India’s second innings against England at Oval. The Indian player who not just missed his well-deserved half-century by six runs but also continues on his extended 652 days century drought, was highly angry with his dismal form. As he returned to the pavilion at Oval after his wicket, he banged his hand on the wall in utter exasperation.

Our reaction is same champ 💔 pic.twitter.com/jlVL1eAl4J

All formats combined, Virat Kohli has not hit a century in his last 50 innings, a big problem for the team with a batsman of his calibre. Clearly, Kohli is unable to handle the eclipsed phase that has dawned upon him for so long now.

The right-handed player took charge of India’s second innings alongside Ravindra Jadeja as the duo stitched a 59-run partnership between them. Even after the latter’s wicket, Kohli continued to play and looked in fine form until he nearly gave his wicket to England’s off-spinner.

IND vs ENG: In a delivery outside off, Kohli went straight with the angle anticipating some turn. However, the ball instead pushed forward and found the edge and to hand a simple catch for Overton at slip. He smashed 44 runs from 96 deliveries that included seven fours.

In the ongoing series against England, Virat Kohli has been an average performer with the bat. In the seven outings, he has amassed 218 runs and managed an average of 31.14. He has smashed two fifties in the series so far.