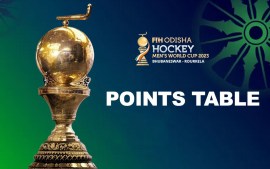 IND vs ENG: Virat Kohli, Rishabh Pant, Jasprit Bumrah could break these personal records in Headingley Test: While India will be playing…

IND vs ENG: Virat Kohli, Rishabh Pant, Jasprit Bumrah could break these personal records in Headingley Test: While India will be playing against England after 19 years at Headingley, Leeds, yet there is so much on offer for the Indian players as they take on the Three Lions in the third Test. Indian skipper Virat Kohli, wicketkeeper-batsman- Rishabh Pant and pacer Jasprit Bumrah are on the verge of achieving their personal best records as they lock horns against Joe Root’s side in the upcoming contest.

IND vs ENG: Neither Virat Kohli nor Rishabh Pant has been that impressive with the bat during the ongoing tour against England. Kohli has managed an economy of 20.66 in the three innings while Pant has managed an average of 28.00 in the same number of outings.

However, right arm pacer Jasprit Bumrah has been quite impressive with the ball in the ongoing series. He has scalped 12 wickets so far and returned with an economy of 2.75 in the four innings he has played for India.

IND vs ENG: The skipper of the Indian team- Virat Kohli is just 63 runs short of achieving a unique personal record of 23,000 international runs. The right-handed batsman has played 437 International matches so far and aggregated 22,937 runs during the same.

It is a golden chance for the 32-year-old to achieve this unique feat in India’s upcoming test against England. Only two players have scored more runs for India in international cricket than Kohli.

IND vs ENG: Among the overseas players, the following have runs more than Kohli in international cricket.

Rishabh Pant is just two sixes away from breaking his own record. Pant, who smashed 16 sixes in 2018 achieved the record of most sixes in a year by Indian wicketkeepers in Test cricket surpassing MS Dhoni’s record of 12 sixes in 2006.

Now, the left-handed batsman-  who has smashed 15 sixes is on the verge of breaking his own record in the upcoming Test.

As of now, Bumrah has taken 91 wickets in SENA countries and West Indies.