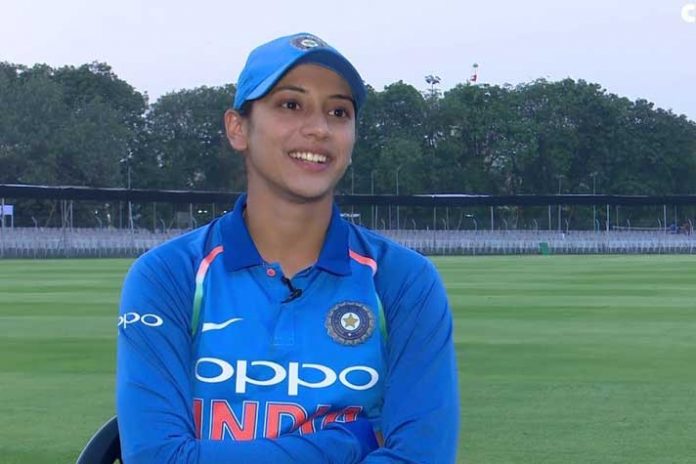 Mandhana, who was selected by a voting academy* which included respected members of the media and broadcasters, becomes only the second India woman player to win an ICC award after fast bowler Jhulan Goswami, who was named the ICC Women’s Player of the Year in 2007.

Reacting to the news, a delighted Mandhana said: “The awards are pretty special because as a player when you score runs, you want the team to win, and then when you get acknowledged for your performances through these awards, it motivates you to work harder and do well for your team.

“The century I scored in South Africa (in Kimberley) was quite satisfying and then I had good home series against Australia and England. A lot of people used to say I do not score that much in India, so I had a point to prove to myself. That was something which really made me better as a player. And then, of course, the first four matches of the ICC Women’s World T20 were quite memorable.”

ICC Chief Executive David Richardson congratulated Mandhana, saying: “Smriti is a worthy winner of the Rachael Heyhoe Flint Award and I congratulate her on behalf of the ICC. Smriti enthralled fans with some wonderful performances in what was a memorable year for women’s cricket, with the ICC Women’s World T20 helping build on the momentum of last year’s World Cup.

“I would also like to congratulate other winners of the ICC awards, which are a recognition of performances during a calendar year and something I am sure players will cherish for a long time.”

Australia’s opening batter and wicketkeeper Alyssa Healy, who came up with some superb performances and finished with 225 runs in six matches at the ICC Women’s World T20 2018 in the West Indies, has been named the ICC Women’s T20I Player of the Year.

Alyssa Healy said: “It’s obviously a huge honour. I enjoyed some form over the last couple of months, thoroughly enjoyed playing for the Aussie team in the T20I format. Winning the ICC Women’s World T20 final against England is something pretty special, especially after a disappointing couple of years in World Cups. That win against them, a dominant performance, was pretty special and one I will never forget.

“When I first started playing for Australia I never thought that I would achieve anything like this. It’s a huge honour and one that I will not take lightly.”

England’s 19-year-old left-arm spinner Sophie Ecclestone has been voted the ICC Women’s Emerging Player of the Year after grabbing 18 wickets in nine ODIs and 17 in 14 T20Is during the calendar year.

Sophie Ecclestone said: “I am really delighted to win this award. The most important thing is winning on the field but it’s nice to be recognised. I work really hard to try and improve my game and I’ve really enjoyed the last 12 months. It was my first full year as an England player after finishing my education so it’s amazing to get an award like this.

“There have been lots of great moments. As a team we’ve played some really good cricket and we did well to reach the final of the ICC Women’s World T20. We learned a lot in India at the beginning of the year and we took that into our summer against New Zealand and South Africa. We’ve never said we’re the perfect team but we’ll keep working hard to get better and that’s the same for me.”

The ICC Fans’ Moment of the Year award, which will be chosen by cricket fans around the world who will get a chance to vote for their favourite moment of 2018, will be announced next month. The voting window for this award will open soon and the winning moment will be announced along with the men’s ICC Awards in January 2019.

The nominees for the inaugural ICC Fans’ Moment of the Year are:

The men’s individual award winners for 2018, the teams of the year and the umpire of the year will be announced in January 2019.