Hockey World Cup Highlights – Day 3 of Hockey WC – Spain beat Wales 5-1, India vs England 0-0 : India played out an entertaining 0-0 draw against England in their second group match at the Hockey World Cup 2023 on Sunday, 15th January 2023. There was hardly anything to separate between the world no.5 India and sixth-ranked England as both the teams failed to break the deadlock after 60 minutes of intense battle. Earlier in the day, Spain defeated Wales 5-1. Watch Hockey WC LIVE Streaming on Disney+ Hotstar & LIVE Updates with InsideSport.IN

Congratulate Team India on starting their #HWC2023 campaign with a winning note against Spain at #BirsaMundaStadium in #Rourkela. Amazed to witness such outpouring of support for our team and passion for the game. Wish the team all the very best. #HockeyComesHome pic.twitter.com/IWYtGM57bw

Marc Reyna and Marc Miralles struck a brace each as Spain outplayed Wales 5-1 in a Pool D match to register their first win in the FIH Men’s Hockey World Cup on Sunday. Reyna sounded the board in the 16th and 38th minutes from field efforts, while Miralles scored in the 32nd and 56th minutes. Skipper Alvaro Iglesias (22nd) was the other goal getter for the winners. Wales’ lone goal was scored by James Carson in the 52nd minute.

While Spain recorded their first win in the tournament, it was Wales’ second loss on the trot. Spain had earlier lost 0-2 to hosts India in their tournament opener, while Wales were defeated 0-5 by England. Spain will take on England in their final pool match on January 19 in Bhubaneswar, while Wales will face India.

Harmanpreet Singh led India is fresh after their 2-0 win over Spain on Friday. England too hasn’t done badly and thrashed Wales with 5-0 margin. For India, they can book their place in Quarterfinals by defeating England on Sunday. India head coach Graham Reid has already declared that England will be a far tougher opponent than Spain. 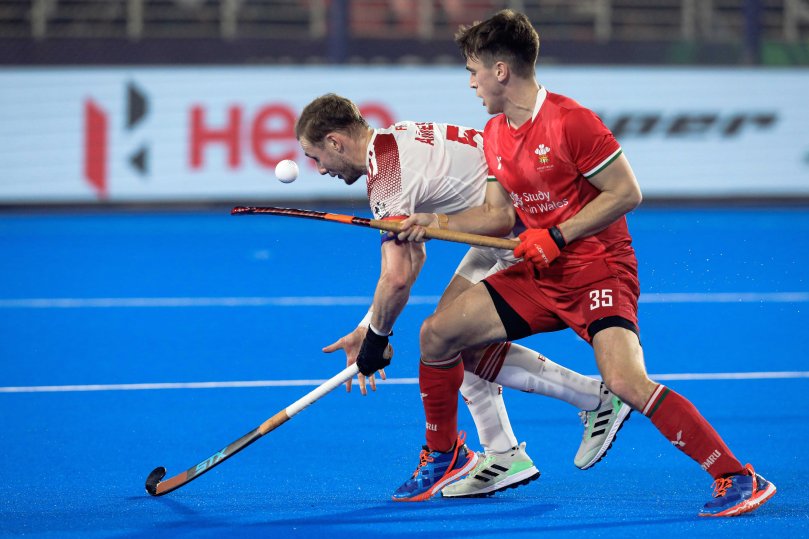 The draw, however, ensured the top spot for England in Pool D on account of a better goal difference than India. Both India and England made a winning start to their campaigns. While England thrashed Wales 5-0, India defeated Spain 2-0 in their tournament opener.
India will take on Wales, the lowest ranked side in the pool, in their final group match on January 19 in Bhubaneswar while England will up against Spain. In the other match of the pool, Spain defeated Wales 5-1 at the newly-built Birsa Munda Stadium. 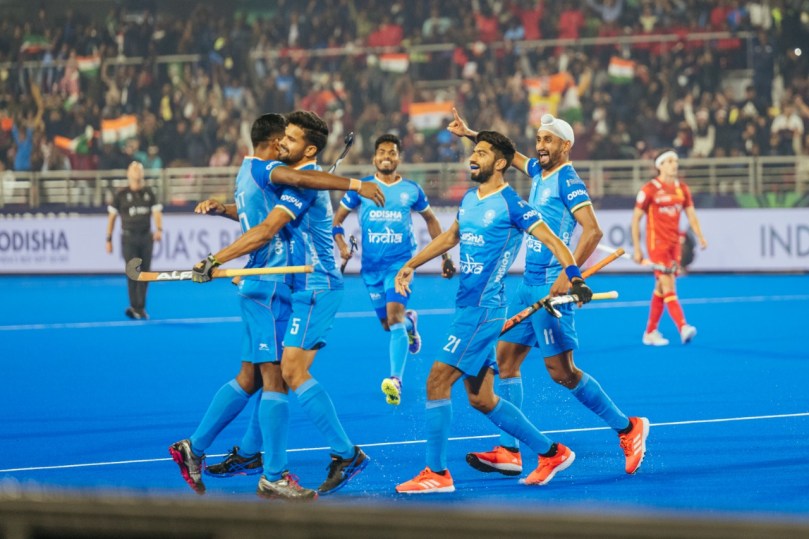