Halle Open 2022 Semifinals LIVE: After staving off early jitters, World No 1 Daniil Medvedev has booked his place in the final. He beat local favourite Oscar Otte 7-6 (3), 6-3 in a match that lasted an hour and 37 minutes. Follow Halle Open 2022 LIVE updates on InsideSport.IN for more updates.

The World No. 1 fended off a set point when trailing 3-5 before clinching the opening set in a tie-break against World No. 51 Otte. A solitary break in the second set was enough to secure a 7-6(3), 6-3 semi-final victory in the pair’s first meeting.

It is a second tour-level final for Medvedev in as many weeks on the grass after he appeared in the championship match at the Libema Open in ‘s-Hertogenbosch just six days ago.

Last year in Halle, Medvedev fell in the first round to another German, Jan-Lennard Struff, on his tournament debut. Since that defeat, the World No. 1 is 14-2 on grass, a tally which included a title run at the 2021 Mallorca Championships.

“I didn’t play well in Halle last year, so I’m happy that this year I managed to raise my level,” said Medvedev. “As I’ve always said, I love playing on grass, so I’m happy to show to myself that I’m capable of being in the final of one of the greatest tournaments, especially on grass, and of course I’m looking forward to tomorrow.”

In Sunday’s final, Medvedev will face either fifth seed Hubert Hurkacz or wild card Nick Kyrgios as he chases the second grass-court title of his career. 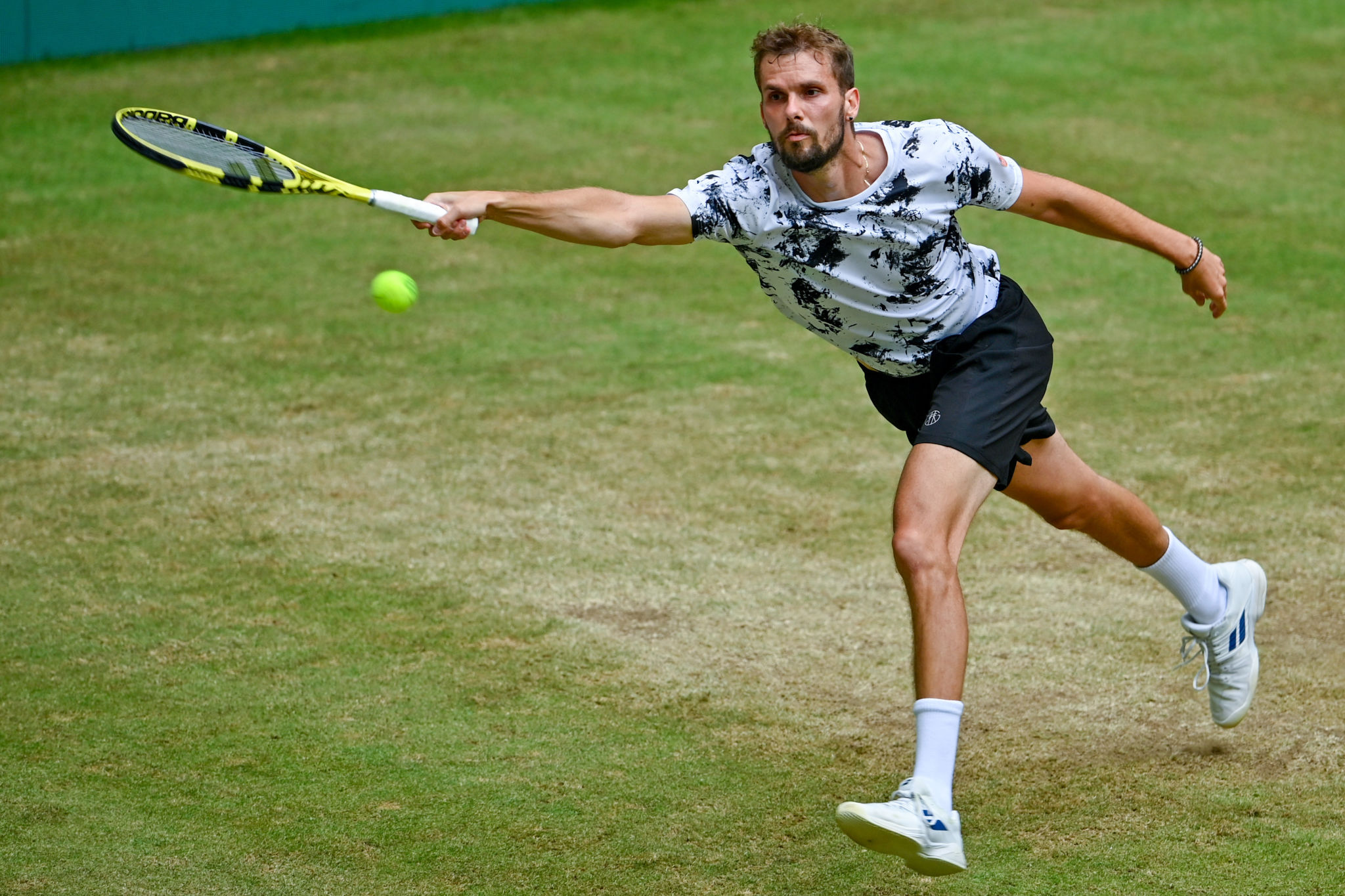 Medvedev had saved all 17 break points he faced across his opening three matches in Halle this week, and he was forced into further rear-guard actions by a fast start from Otte on OWL Arena.

The World No. 1 once again found accuracy and power in his delivery to fend off two break points in the second and fourth games of the match, but his streak was finally ended after 22 consecutive break points saved when Otte’s aggressive stroke play earned a break for 5-3.

The excited home crowd sensed another upset from World No. 51 Otte, who had already beaten Top 30 players Miomir Kecmanovic, Nikoloz Basilashvili and Karen Khachanov en route to the semi-finals on tournament debut in Halle. The nerves began to show for the German as he served for the set, however.

A double-fault on set point at 40/30 proved costly as Medvedev held firm to reclaim the break before completing the turnaround with five points in a row from 2/3 in the tie-break.