Sumit Nagal is the remaining Indian in fray who will play on Tuesday . Here is all you need to know about the French Open 2022 Qualifiers

Both Yuki Bhambri and Altug Celikbilek started of well holding their serves in the first six games. Bhambri challenged Celikbilek and came close to breaking his serve with a 4-030 lead in the seventh game. However, Celikbilek fought hard and took the game to deuce. After a long battle, he survived the game and took a 4-3 lead. In the next game, he managed to break Bhambri for the first time to take a 5-3 lead and then closed out the set.

In the next set too both the player won their first five service games as the score read 5-5. Just when it looked like the set was heading into the tie-breaker, Celikbilek managed to break Bhambri in the 12th game to win the set 7-5 and advance to the second round of qualifiers.

Ramkumar Ramanathan made a winning start to the French Open qualifiers as he defeated Yannick Hanfmann in straight sets. Ramanathan was broken in his first service game of the match. He however made a comeback and broke Haffman immediately in the next set. From then on, Ramanathan started dominating the match. He broke Hanfmann for the second time in the sixth game. He won the set comfortably 6-3. In the second set, Ramanathan continued his dominance as he broke Haffman twice to win the set and the match.

India’s Sumit Nagal was ousted in the first round of French Open qualifiers with a straight set defeat against Pedro Cachin on Tuesday. Cachin was too good for Nagal as the Indian was kept on the backfoot throughout the contest. The Argentinian broke Nagal twice in both the sets as he won the match comfortably to advance to the second round of qualifiers.

When is French Open 2022 qualifying?

French Open 2022 qualifying will begin on May 16 and conclude four days later on May 20.

Who will participate in the French Open 2022 Qualifiers Round 1 from India?

The Indian trio of Yuki Bhambri, Sumit Nagal and Ramkumar Ramanathan will participate in the Men’s singles French Open 2022 Qualifiers Round 1.

Who will they face and when?

How Many rounds of qualifiers are there in French Open 2022 Qualifiers?

There will be three rounds of qualifiers at the French open 2022 Qualifiers.

Where are the French Open 2022 Qualifiers streamed?

How many players will qualify from the qualifiers for main draw of French Open 2022?

16 players will qualify for from the French Open Qualifiers

When will the French Open 2022 start? 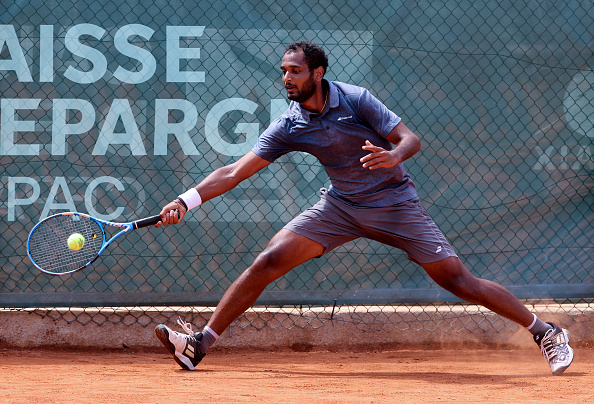 How will the French Open 2022 qualifying work?