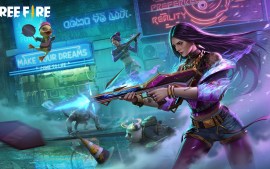 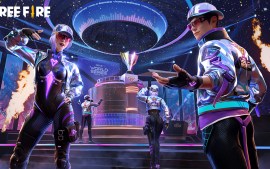 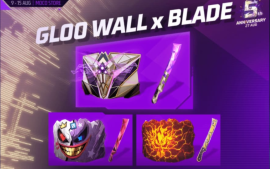 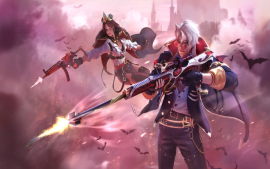 Free Fire MAX Fifth Anniversary: The Fifth Anniversary celebration of Garena Free Fire is already underway as the developers announce multiple events in-game. The opening day of the celebration will feature at least three events (Battle Capsule, Classic Exchange Store, and Collect tokens) with loads of rewards up for grabs. Here is all you need to know about the events and rewards. For future updates on Garena Free Fire and Free Fire MAX, Follow InsideSport on GOOGLE NEWS

All you need to know about Free Fire MAX Fifth Anniversary

The much-awaited Free Fire 5th Anniversary event got underway a few hours back. The celebration will continue till the 13th of September. The developers have divided the whole celebration into five parts, with most of them featuring multiple events. The peak day, indicated through a yellow mark, will be on the 27th of August. Popular singer, Justin Bieber, is set to perform in-game and also release a special track for the fifth Anniversary. So, the grand celebration will have a lot to offer.

Garena has decided to go with 5 different capsule events. One of them is Battle which has already started in-game. Gamers should complete the mission and collect available tokens. Eventually, they have to light up the cards and acquire the M4A1 gun skin free of cost. Completion of 7 cards will allow them to receive the skin. The Battle Capsule is currently unlocked and gamers can start playing the event to secure one of the grand prizes for this mega event.

Note; the rest of the 4 capsule events will start in a few days. Gamers can check out the event calendar for more details.

Exchange store events have always been one of the feature events in mega campaigns. In these events, gamers need to collect tokens by completing several missions. Eventually, players will acquire legendary rewards by exchanging tokens. There are loads of rewards up for grabs. Here is the list of rewards for this event. It will be available until 13 August.

The event is already underway where players have TO collect loads of AV Tokens to acquire exclusive rewards. There are two ways to acquire the tokens. tHEY ARE – After Match Drop and Daily Login to claim. In the case of After Match Drop, gamers will receive two tokens for playing two BR matches, and one token for playing a lone wolf match. The daily limit is 10. Here is the list of rewards available at this event.

These are the events that are currently ongoing. There will be more rewards coming in-game in a few days. For future updates on Garena Free Fire and Free Fire Max, follow InsideSport.IN.