Fortnite x Wolverine Zero: Fortnite has been collaborating with comic-based superheroes for a long time. The popular Battle Royale game has collaborated…

Fortnite x Wolverine Zero: Fortnite has been collaborating with comic-based superheroes for a long time. The popular Battle Royale game has collaborated with both DC and Marvel. Hence, the island has been the spawn point of superheroes from both factions. Developer Epic Games love to bring them back to the island as and when the opportunity comes. Recently, it has been revealed that for the August Crew Pack, Epic Games has decided to release Fortnite x Wolverine Zero cosmetics. For more information related to Fortnite collaboration events and cosmetics, follow InsideSport.IN

Ever since the collaboration events kicked off, Epic Games has done significant business with the skins. Gamers love grabbing the collaboration skins and add to their collections. Out of all, superhero outfits remain one of the most sought-after items and hence Epic Games try to bring them back frequently.

Fortnite x Wolverine Zero: Everything that gamers need to know about the August Crew Pack

The August Crew Pack consists of the Wolverine Zero outfit and the Muramasa Blade Back Bling, a legendary blade forged by a demon swordsmith that can be unsheathed if you have the included Pickaxe version equipped. ‘The Best Fight You Ever Had’ Loading Screen is also available along with the August Crew Pack for Fortnite.

Active Fortnite Crew subscribers will automatically get the special Cuddle Cerise Style of the Ice-Blasted Snow Crunchem Back Bling for free. This free reward will be granted as soon as they log in to the No Sweat Summer event. 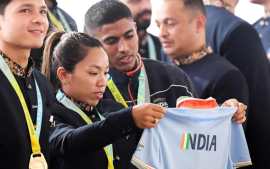