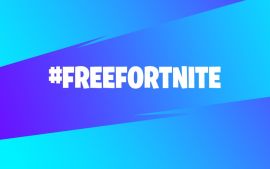 Fortnite x John Cena: Epic Games has brought several sportspeople to the island in the past. The list includes the likes of…

The legendary WWE wrestler was added as an in-game outfit. The community loved the skin and it received immense support from fans. The response was extremely overwhelming and therefore, he has openly accepted that he wants to engage more with Fortnite. For more news related to Fortnite collaborations, follow InsideSport.IN.

Fortnite collaborations are extremely popular in the community. Fans love getting the exclusive in-game skin and adding them to their inventories. John Cena is quite well known for his valor inside the WWE sector, as well as for being a successful Hollywood actor. Hence it was quite certain that his outfit would be extremely popular with the fans.

Fortnite x John Cena: What did the wrestler say?

John Cena, apart from being a prolific wrestler and a good actor, is also known for being a good human. He has always been grateful to his fans and believes they are the reason behind his success. Recently, he came forth and delivered a short yet moving statement to his fans following the success of the Fortnite x John Cena collaboration.

Overwhelmed with the response from the @FortniteGame community and so grateful to now have “skin” in the game. Already looking for more ways to be involved! Thank you! 🥃

Do you think the next thing should be a Peacemaker skin or something more involved with the gameplay / story / events? pic.twitter.com/iM9jrU6sx2

Data miner HYPEX was quick to pick up the trails and reported the story through his social media handles. The leaker even revealed a few possibilities in which John Cena could be a part of the game. While there are a few possibilities, Epic Games can certainly add the Peacemaker skin to the island. Meanwhile, his inclusion in the storyline or events is also not completely ruled out.

Fast X, the upcoming project in the Fast and the Furious franchise will drop in 2023. As per reports, John Cena is one of the characters there. Hence, Fortnite can certainly collaborate with the film and bring him back once again. 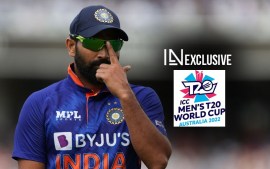