Fortnite Classic: In the last couple of years, Fornite has changed completely. OG gamers can confirm that the game was entirely different…

Fortnite Classic: In the last couple of years, Fornite has changed completely. OG gamers can confirm that the game was entirely different in 2017 than what it is today. The changes implemented by Epic Games have certainly made the gameplay better and have introduced newer elements. However, loopers still miss the old version of the game and hope to get it back someday. It seems that the wishes of players have been answered. A new mode called Fortnite Classic has been leaked recently which promises to bring back old aspects to the island.

Bringing back the old days of Fortnite will definitely be a bold move. Several popular gamers have left the franchise stating the game has changed and they no longer enjoy it. With Fortnite Classic it can be expected that these gamers will return to the title once again. It will be a great treat to have them back on the island after such a long time. Streams and videos will surely break records once the OG gamers decide to return.

Fortnite Classic: Everything that gamers need to know

According to content creator Fitzy, Fortnite Classic is a permanent mode for gamers who miss the old version of the game. It has been revealed that the mode will feature the Chapter 1 map. Building would also transition into the previous era. Players will be able to build and edit slowly as the turbo mode will be removed.

Since the mode is taking gamers back to the early days of the game, it is important to understand the map that will feature. It has been assured that the game would begin with the Chapter 1 map. However, the fan-favorite POIs from Chapter 2 and Chapter 3 will also feature in the Fortnite Classic mode. The POIs will be getting significant changes every one or two months.

Welcome to the Classic:

-Map will be revealed at later date pic.twitter.com/8rbSlQhWVR

Apart from the map, the arsenal of the Fortnite Classic would be the most interesting. It has been revealed that Fortnite Classic will feature every weapon and item from Chapter 1. Weapons such as Double Pump and the Zapatron will be unvaulted as well for the Classic mode.

The Fortnite Classic looks promising and will add a different dynamic to the gameplay. So far only this much information has been made available. The map is expected to be ready in the near future. Once it is revealed, players can be sure which POIs will be featured on the mode.

Also Read- Fortnite x Dragon Ball Z: Bulma most likely to be the final skin for the collaboration 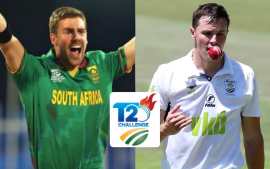 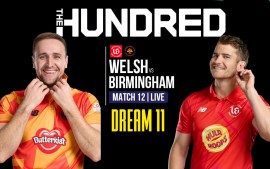