Formula 1 : Six sprint races to take place : Formula 1 has announced that six Sprint races a season will be taking…

Formula 1 : Six sprint races to take place : Formula 1 has announced that six Sprint races a season will be taking place from 2023 onwards after the proposal gained approval of top authorities of the sport. The announcement was made on Tuesday. The number of sprint races per season will now double from three to six. The Sprint is a shortened race for Saturdays that debuted last year and returned for 2022 as well. It is a mini version of what one can see on Sundays on Grand Prix races. Follow Formula 1 live updates with InsideSport.IN

Drivers race for 100 km, the third of the usual race distance in Grand Prix for grid slots for Grand Prix and points for their championship hopes. The 20 drivers start in order they qualified on Friday and their finishing positions 100 km later become the positions they line up in for the start of Sunday’s Grand Prix event. 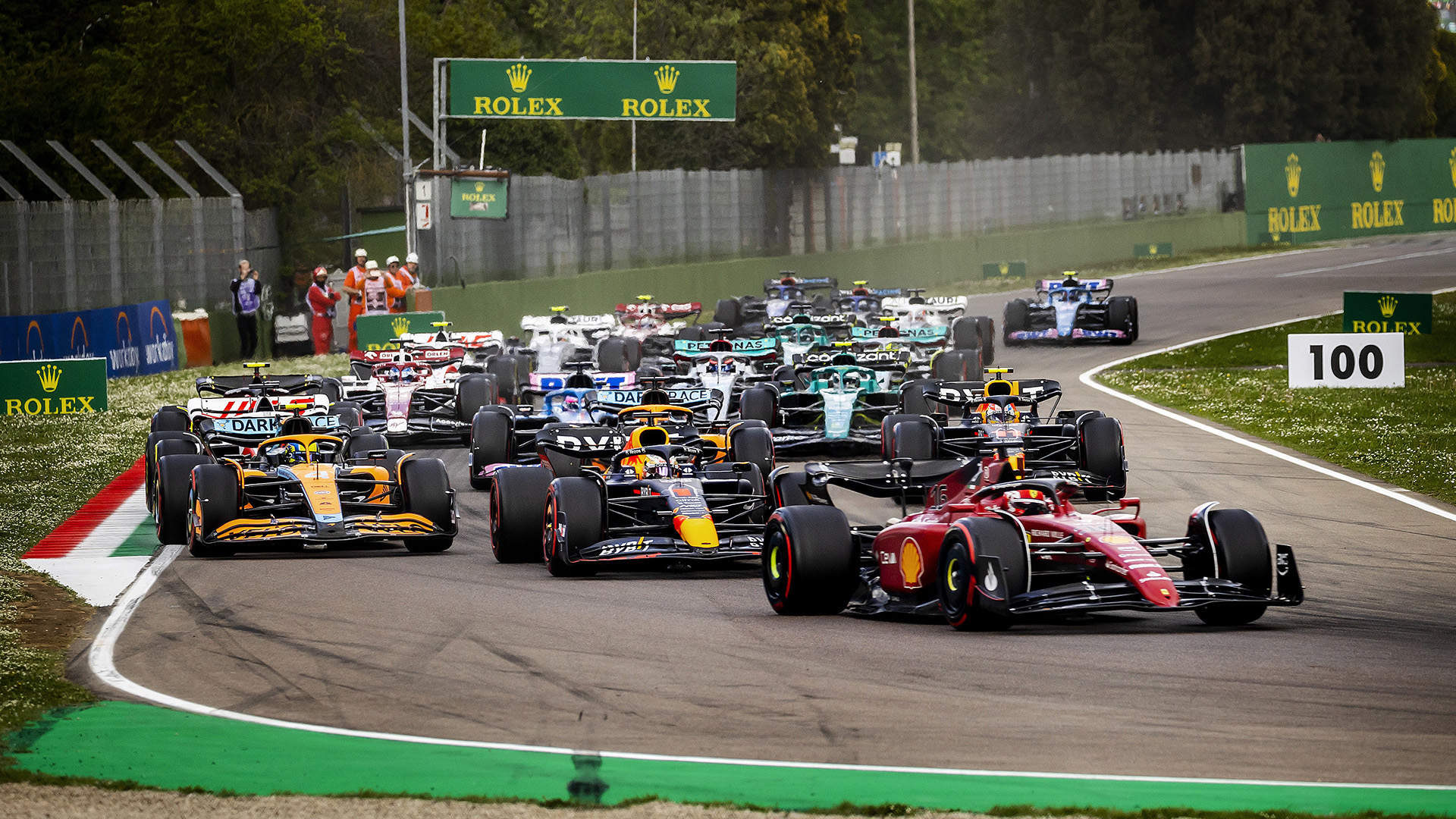 This year, it was seen in Imola and Austria. Both were won by Max Verstappen of Red Bull Racing, earning him maximum eight points. It will return at Brazillian GP during the penultimate race of the ongoing season.

Though the move always found the support of racing teams, it remained a source of contention between F1 and governing body International Automobile Federation (FIA). But F1 and FIA managed to hold positive discussions on this format, the shorter Saturday race setting up the grid for Sunday’s Grand Prix. It was approved by World Motor Sport Council on Tuesday.

The venue for these six sprint races will be confirmed later. F1 has already released a 24-race calendar for next season for the 2023 season.
“I am pleased that we can confirm six Sprints will be part of the Championship from 2023 onwards, building on the success of the new format introduced for the first time in 2021,” said F1 president and CEO Stefano Domenicali in a statement as per Sky Sports.

“The Sprint provides action across three days with the drivers all fighting for something right from the start on Friday through to the main event on Sunday – adding more drama and excitement to the weekend.”

“The feedback from the fans, teams, promoters, and partners has been very positive and the format is adding a new dimension to Formula 1, and we all want to ensure its success in the future,” he concluded. F1 was supposed to run six sprint races in 2022, but the proposal was scrapped because of opposition from teams over costs, but an agreement was gained later for the 2023 season earlier this year.

FIA however refused to give approval because of its own financial concerns. “The confirmation that six race weekends featuring Sprint will take place from the 2023 FIA Formula One World Championship season onwards is another example of the continued growth and prosperity at the highest level of motorsport,” said FIA president Mohammed Ben Sulayem.

“Thanks to close collaboration with Stefano Domenicali and our colleagues at FOM, we concluded a thorough analysis on the impact of additional Sprint sessions, and have adjusted relevant parameters of our work to ensure that they continue to be regulated at the very highest level.”

“Sprint sessions provide an exciting dynamic to the race weekend format and have proven to be popular over the past two seasons – I am sure that this positive trend will continue and am pleased that the World Motor Sport Council has today given its approval for them to go ahead,” he concluded.

On September 21, Formula 1 announced the calendar for the 2023 FIA Formula One World Championship, which met the approval of the World Motor Sport Council. The Championship will start off in Bahrain on March 5 and will conclude in Abu Dhabi on November 26. The 2023 season will feature 24 races, which is a record.

China and Qatar are set to make a return, Las Vegas will also arrive as the penultimate round for a Saturday night race. In August, the traditional summer break will stay. But there are changes in race dates, due to which Belgium has moved to the end of July as back-to-back with Hungary and Netherlands is twinned with Italy after the restart.

The ongoing Formula 1 2022 season will conclude on November 20 with Abu Dhabi Grand Prix.

Currently, it is the Max Verstappen of the Netherlands who is at the top of the driver standings with 335 points. He represents the Red Bull Racing team. He is followed by Charles Leclerc of Ferrari (219) and Sergio Perez (210) of Red Bull Racing. His team is also at the top of the Constructor Standings with 545 points. They are followed by Ferrari (406) and Mercedes (371).