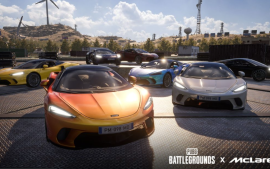 Formula 1: Lando Norris pens down a POEM for McLaren before the start of the season and it’s FUNNY – Check Out

Formula 1: Lando Norris pens down a poem for McLaren at the start of the season: In spite of winning their first…

Formula 1: Lando Norris pens down a poem for McLaren at the start of the season: In spite of winning their first race starting around 2012, McLaren had mixed results in 2021 and horrendously tumbled to fourth in the constructors’ standings. However, to give his group a little spirit ahead of the new season, Lando Norris chose to compose a decent poem for them and it’s splendid. Follow Formula 1 & Belgian GP LIVE updates on InsideSport.IN

Formula 1: Here’s how it goes

The teams worked their ass off. And we gave it our all.
So be proud of yourself.
And remember stand tall.

We are all a family.
And next year we will be better. Let’s rise to the challenge.
And we’ll be the pacesetters.”

The poem’s first half hasn’t precisely gone to plan, with McLaren sitting fifth in the constructor’s standings and Lando just gathering one podium finish in 2022. Nonetheless, in the final part of his gushy love letter to McLaren, things most certainly proceed.

“Now go have a break.
And enjoy some time off.
With friends and family…
Because next year you ain’t having a break, not all year, not even for summer.
You better start sleeping in MTC until we get some more metal angles trophy things that we put in the cabinets!!”

See you all soon
I know you can’t wait
The clock is ticking
Don’t be late, or you’re fired!

Meanwhile, McLaren are the fifth fastest car in the F1 2022 season as they are behind Alpine in the constructors’ standings. McLaren have 95 points overall and are 4 points shy of the fourth-placed Alpine with 99 points.

Moreover, Lando Norris sees himself seventh in the mix-up with 76 points as his best finish of the season came at the Emilia-Romagna Grand Prix where he finished third and has only one DNF against his name. Whereas, Daniel Ricciardo is reeling behind in the twelfth spot with just 19 points as his future at McLaren is also in the dark. 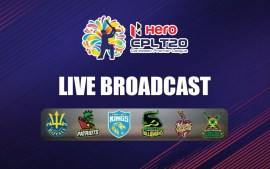