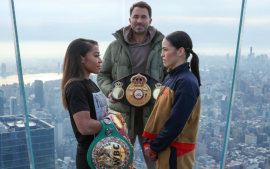 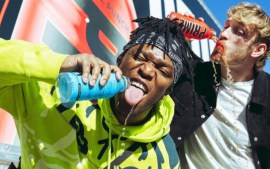 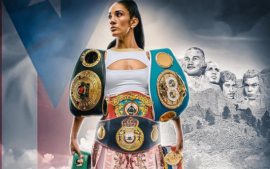 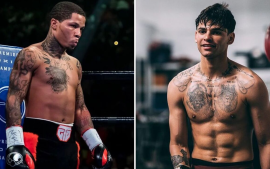 Floyd Mayweather exhibition: Boxing News: 45-year-old Floyd Mayweather will compete in the UK next and is scheduled to take on Aaron Chalmers, who holds a 1-0 pro boxing record. Mayweather was initially set to fight Muay Thai world champion and  One Championship’s Liam Harrison. However, Harrison has been replaced by Chalmers. Having knocked out Deji in his last exhibition outing, boxing legend Mayweather was keen on appearing in the UK. For more combat sports news, follow Insidesport.IN.

While Floyd Mayweather has been actively appearing before the US crowd, British boxing fans can now witness ‘Money’ live in action. Floyd Mayweather turned to social media and announced his next fight, sending several fans into a frenzy.

What is the date of Floyd Mayweather vs Liam Harisson?

Floyd Mayweather will take on Aaron Chalmers, on February 25. The full fight card is yet to be revealed. However, Floyd Mayweather himself is capable of drawing worldwide attention.

Where will Floyd Mayweather vs Liam Harisson take place?

Mayweather vs Chalmers will be held at the O2 Arena in London, UK. The tickets for the fight are announced to be on sale in the upcoming week.

Mayweather revealed the poster of his upcoming fight on Instagram. In the caption, he wrote, “February 25th, It’s official. My first exhibition fight in the UK is going down at the O2 Arena 🇬🇧 Tickets go on sale next week. Stay Tuned!!.”

While Aaron Chalmers is a novice professional fighter, he is expected to be a better opponent than any of Mayweather’s previous nemeses in exhibitions. Mayweather has fought YouTubers like Logan Paul, Deji amongst a few pro-combatants since his retirement in 2017. While Tenshin Nasukawa, Mikuru Asakura or Don Moore looked below-average against Floyd Mayweather, it remains to be seen whether Chalmers can change the graph.

Floyd Mayweather exited the professional boxing sphere with an unmatched resume of 50-0 and world championships in five weight classes. He knocked out UFC star Conor McGregor in his final outing as a pro and then appeared in multiple exhibitions.

After facing Nasukawa in Japan, Floyd Mayweather fought with Logan Paul. The undefeated boxer then faced Don Moore, Mikuru Asakura, and Deji. Hence, Chalmers will be Floyd Mayweather’s sixth opponent in an exhibition fight. Since the event will take place in the UK, we can expect several British boxers to appear too.