FIH Pro League LIVE – India vs Netherlands Hockey LIVE: Netherlands defeated India 2-1 in the second leg between the two teams on Sunday. With the win, the Dutch went on to win the FIH Hockey Pro League title as they have sealed the top spot, even though they still have two matches left. India meanwhile ended their campaign by finishing at the third spot on the points table. Follow INDIA vs Netherlands MATCH Updates with InsideSport.IN

Netherlands men win their maiden #FIHProLeague title, with two games to go.@oranjehockey will play their last set of games against Spain on 25th & 26th June 2022. pic.twitter.com/Iz7IEzGQ97

FIRST QUARTER: As soon as the match started, India’s Abhishek dribbled through the Dutch defenders and scored a goal within 30 seconds to give India a terrific start. India tried to capitalise on the positive start but they soon gifted Netherlands a penalty corner, which was converted to a goal. From then on, both the teams got enough opportunities to score but the goalkeepers from both the sides did good work to enter into the second quarter with the score at 1-1.

SECOND QUARTER: In the second quarter, India made a change by benching goal-keeper Sreejesh and brought in Pawan. Netherlands got an early penalty corner opportunity but Pawan does well at the goal. India then showed more attacking intent, India had numerous penalty corner opportunities but the strikers couldn’t convert anything. Both the teams headed into the half-break with the score at 1-1.

THIRD QUARTER: In the third quarter, India once again brought back Sreejesh at the goal. India started on the front foot and put pressure on the Dutch defence. India were reduced to 10 men with Gurjant Singh receiving a yellow-card. Both the teams played aggressively but none of them could find the net until India conceded a penalty corner with just 43 seconds left on the clock. Netherlands used this opportunity and scored a goal to end the third quarter with 2-1 lead.

FOURTH QUARTER: Trailing by a goal, India gave it their all in the final quarter and yet again created numerous scoring opportunities. But they failed to create any goal. In the 47th minute, Varun Kumar’s flick from a penalty corner was saved by the Dutch keeper Visser. The Dutch goal-keeper was brilliant throughout the day as he never made it easty for the Indians to score. India got a late opportunity to score with a penalty corner, but once again the chance was floundered as India lost the match 1-2. 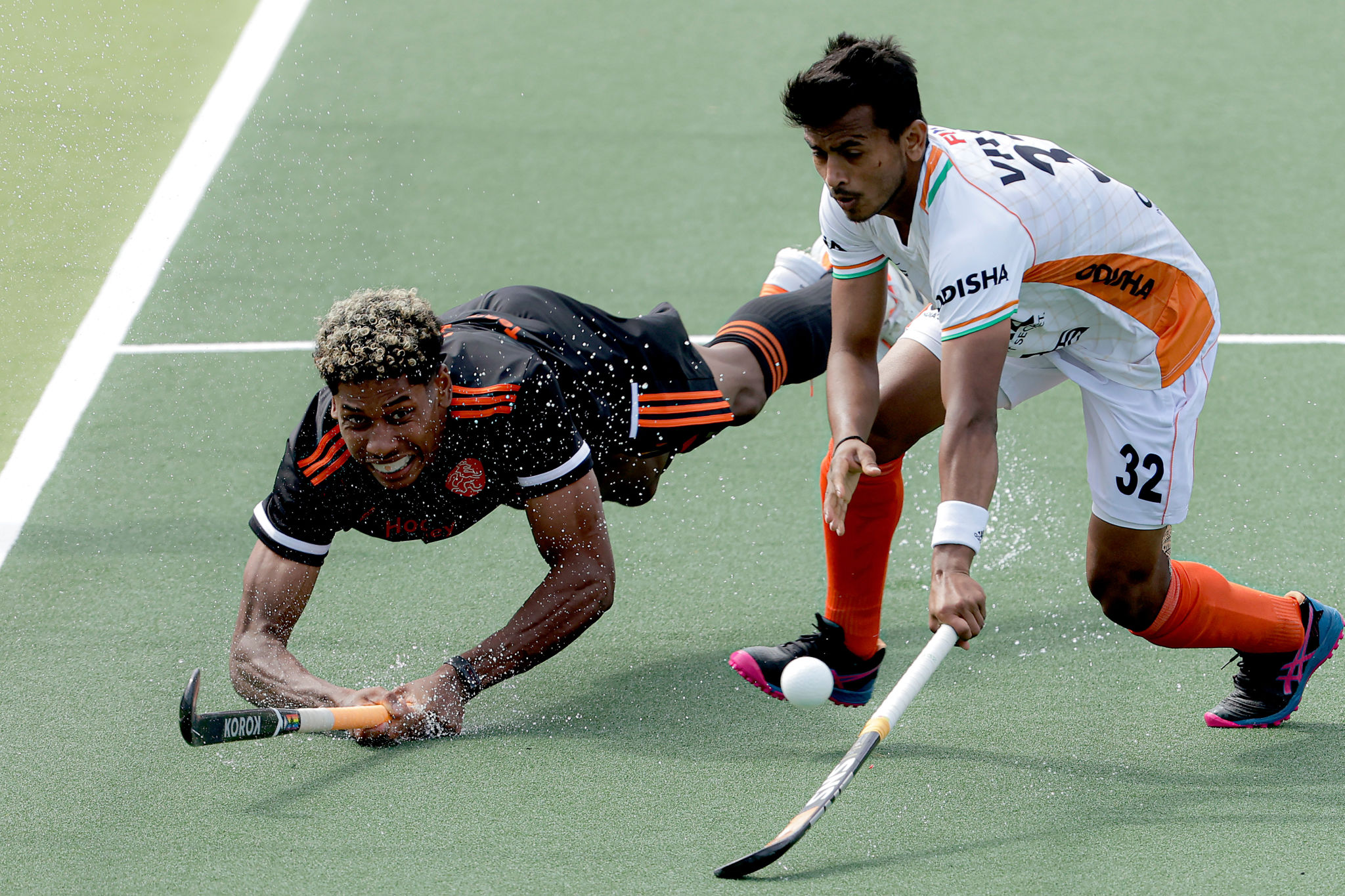 India failed to convert two in the shootout as the Dutch team retained the Top Spot in the Pro League.

QUARTER 1: It was the Netherlands who took the lead in the 10th minute. Derck de Vilder created the opportunity with some brilliant stickwork in the right flank to lay it for Tijmen Reyenga, who dribbled past two Indian defenders before slotting home past Sreejesh.

QUARTER 2: India drew parity in the 22nd minute through another brilliant field goal by Dilpreet Singh from top of the circle. He used the pace of the pass from Varun Kumar to put the ball past Blaak in the bottom left corner.

QUARTER 3 & 4: After a thrilling third quarter, the hosts finally restored the lead in the 46th minute.

Bijen Koen put the Netherlands in the lead with a brilliant field goal. But with three consecutive penalty corners with 20 seconds left on the clock, India finally bounced back.

With 23 seconds left from the final hooter, India earned three consecutive penalty corners, the last of which was converted by Harmanpreet Singh to level the scores at 2-2 and take the match to shoot-out.

But in the shoot-out, the Indians cut a sorry figure as the Netherlands scored from four of the five chances, while only Vivek Sagar Prasad found the net for the visitors.
India and the Netherlands play again against each other in the second match of the double-leg tie on Sunday. 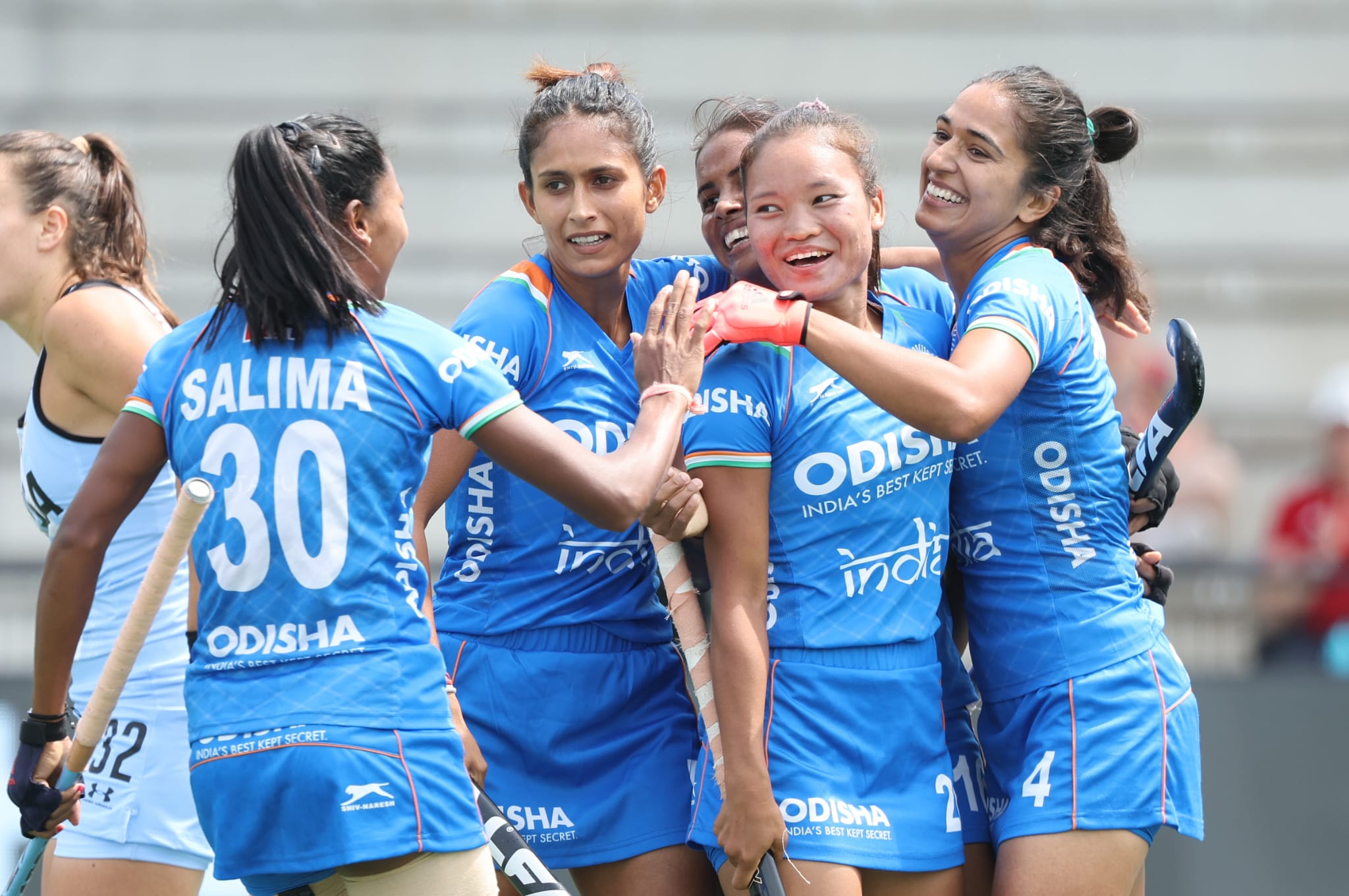 Indian women vs Argentina LIVE: The Indian Women’s Hockey Team fought its heart out and took down World No 2 Argentina in the first match of their FIH Hockey Pro League 2021/22 tie in Rotterdam.

After the two teams ended the regulation time at 3-3, the Indian side defeated Argentina 2-1 in shootout through goals from Neha and Sonika. Meanwhile, Lalremsiami (4′) and Gurjit Kaur (37′, 51′) were the scorers for India in regulation time, while, Agustina Gorzelany (22′, 37′, 45′) scored a hat-trick for Argentina.

Share
Facebook
Twitter
Pinterest
WhatsApp
Previous articleIND vs SA Live: Rishabh Pant DISAPPOINTED not to win series but lauds Team India’s fighting spirit, says ‘Take a lot of positives from this, focus on contributing more to the team’
Next articleIND vs SA Live: Some RELIEF for Chinnaswamy stadium spectators, KSCA to refund 50% of tickets after rain WASHES OUT DECIDER in Bengaluru – Check Out
- Advertisement -