The former Manchester United, Real Madrid and England star has appeared in a series of videos posted on Qatar Tourism’s website where he samples local art and food and visits a desert camp, exclaiming: “This is perfection for me!”

We want to express our gratitude to the inspirational locals, chefs and artists who accompanied David Beckham on his 48-hour stopover in Qatar – for sharing their memorable stories, experiences and journey about the country’s culture & heritage. pic.twitter.com/Vs9Vgi8n9d

Amnesty International UK’s head of priority campaigns, Felix Jakens, said the ads were “just the latest slick and positive video about Qatar that David Beckham has put his face to”.

The video campaign has Beckham saying that the Arab state “really is an incredible place to spend a few days on a stopover”.

“I cannot wait to bring my children back,” he adds.

Beckham last year signed a deal reportedly worth £150 million ($172 million) to promote the gas-rich Gulf state, which hosts this year’s World Cup. He was appointed a cultural ambassador.

Jakens urged Beckham to use his “unique profile” to highlight the “terrible abuses” that tens of thousands of migrant workers have faced while working on World Cup multi-billion dollar sites. 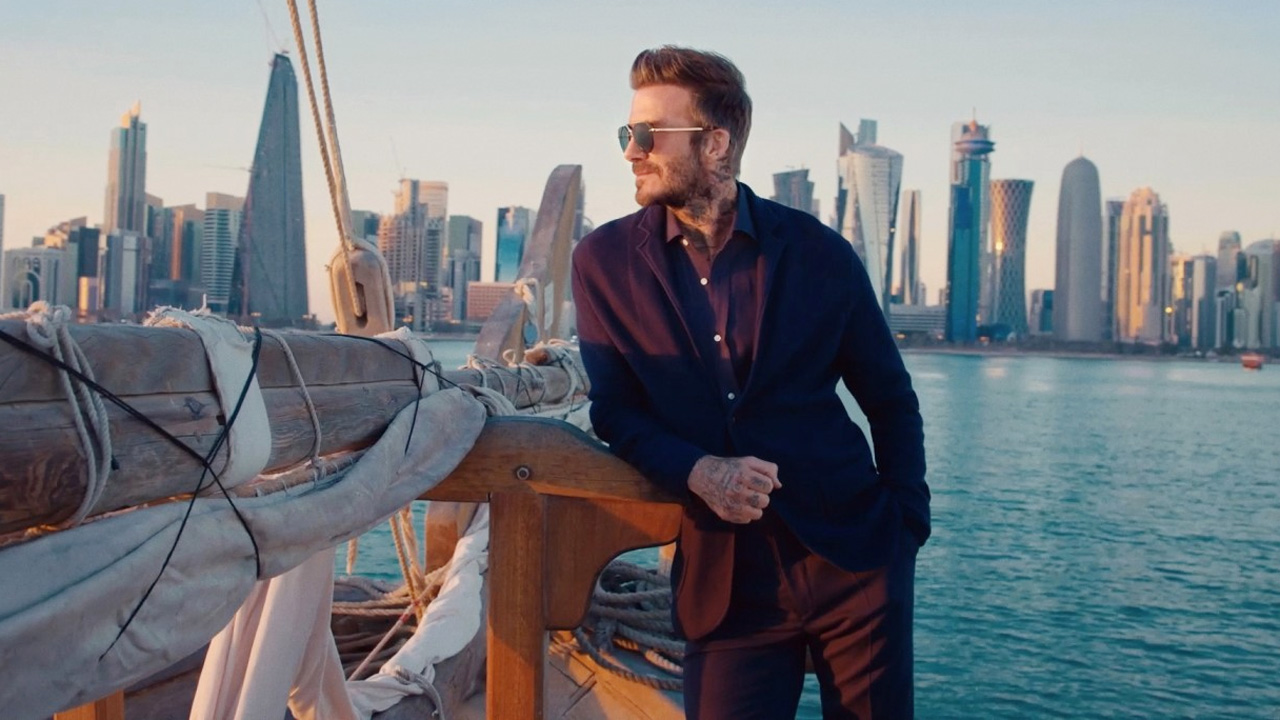 The Arab state has faced accusations of under-reporting deaths and injuries among workers as well as complaints of unpaid wages.

There are also questions over its respect for the rights of women and the LGBTQ community.

The tiny state with conservative Muslim leaders has been in the rights spotlight ever since it was awarded the World Cup in 2010.

Critics say Qatar’s progress over the last decade has been mixed and that more pressure must be applied on the country and FIFA before the first ball is kicked in the 32-nation tournament on November 20.

Qatar refutes the number of deaths of migrant workers reported by some international media and says it has introduced a series of reforms to its employment regulations since being selected to host the World Cup.